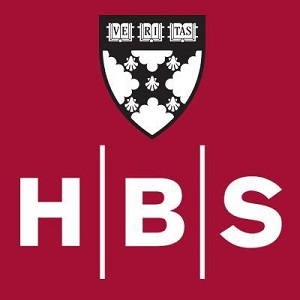 Founded in 1908, the Harvard Business School is one of the most prestigious educational institutions in the world.

It is part of a group of seven elite (M7) business schools that recognize one another as peers—the others being Booth, Columbia, Kellogg, MIT Sloan, Stanford GSB, and Wharton.

HBS has a mammoth endowment fund of $3.8 billion and a big mission: to educate leaders who make a difference in the world.

We look at some other interesting facts about HBS, with a focus on its full-time MBA program.

Boston, HBS’ home, is situated in the US state of Massachusetts, onshore the Atlantic Ocean. Boston was founded by English settlers in 1630 and was the site of the “Boston Tea Party,” when participants in the American Revolution destroyed a ship carrying tea belonging to the East India Company.

Boston is a city of “firsts” — the first public schools in the US, first public park, and first subway system. Boston summers are warm (mean of 23 degrees Celsius in July), sometimes going on to hot (32 degrees C). Winters are cold (January mean -1.7 degrees C), with rain and snow, and often going down much further (-23 degrees C). Spring and fall are mild.

Boston is an exciting city for newcomers, with walking tours, museum and galleries, theatres, and variety in shopping and dining options. But Boston is also a highly expensive place to live in, with groceries and medical expenses 15 to 28 percent higher than the US national average. The best way to commute is the public transit system, which comprises railway, bus, subway, and ferry services.

Today’s HBS campus faces the Charles River and stands on 40 acres of land with 33 buildings. Among the many halls, houses, and centers is the Tata Hall, named in honor of Ratan Tata, a seven story, 150,000-sq. ft. building that accommodates residential, classroom, and administrative facilities for executive education.

Philanthropy helped develop much of the campus, built on an initial gift of $5 million from financier George F. Baker. The campus also includes various accommodation facilities, such as dorms and apartments.

Campus-living helps create a close-knit community of students and is convenient enough to allow students to focus on academics. However, many other students live in areas around the campus no further than a 10-minute walk away.

HBS’ MBA has dropped to the fifth place in FT’s 2018 worldwide MBA program
ranking, from the fourth place in 2017. It has been placed first by Business Insider and third by The Economist among global MBA programs.

QS has rated the HBS the best b-school worldwide. Among US MBA programs, HBS has secured the “best” tag from US News and Bloomberg Businessweek and the “second-best” tag from Forbes.

Nitin Nohria, alumnus of IIT Bombay and MIT Sloan School of Management, is the tenth Dean of HBS and George F. Baker Professor of Administration. The academic staff comprises 200 members. The school faculty is divided into ten academic units. HBS professors have authored many books, academic papers, and articles for various publications.

HBS runs a two-year full-time MBA program with 950 students; executive programs in contemporary topics such as leadership, strategy, finance, and entrepreneurship on the Boston campus and also in classrooms in Mumbai and Shanghai; doctoral programs for scholars interested in academic research; and the HBX online programs. HBS also runs Harvard Business Publishing that brings out the monthly Harvard Business Review.

HBS uses its renowned case-study method (see link no. 9 under Resources) to put students in situations faced by top managers and find solutions to problems. During field visits, students develop products and services for real business partners and pursue their own entrepreneurial ideas.

During the first year of the MBA program, students follow the same course of study, the Required Curriculum, comprising Finance, Financial Reporting, Leadership, Corporate Accountability, Marketing, Technology Management, and Entrepreneurship, among other topics.

The second year is the time for the Elective Curriculum, when students can choose courses under topics such as Accounting and Management; Business, Government, and the International Economy; General Management; Entrepreneurial Management; Finance; and Strategy.

HBS looks for leadership talent and analytical aptitude in its MBA candidates. It wants its students to be able to share their experiences and support one another during the program.

A degree from an accredited US four-year program or its international equivalent—a three-year bachelor’s degree—is required. Besides academic transcripts, GMAT or GRE test results are a prerequisite for admission. TOEFL, IELTS, or PTE test results are also required from international candidates who attended non-English-speaking undergraduate universities.

An essay supporting the candidature, two letters of recommendation, and resume are among the additional requirements. The application fee is $250.

The tuition for all categories of candidates (single, married, etc.) is $75,000 for two terms (first year). The accommodation rentals (nine months) can vary between $13,000 and $26,000, depending on the student category.

The Harvard Business School seeks and creates diversity of background, nationality, interests, and ambitions among its students. There were 10,351 applicants for the MBA Class of 2019, of whom 941 were admitted (11 percent). Women comprise 42 percent of the class, international students 35 percent, and US ethnic minorities 25 percent. Seventy countries have representation.

Forty-five percent of the class have an economics/business background, 36 percent a STEM background, and 19 percent a humanities or social sciences background. As for pre-MBA industry, 16 percent came from consulting, 15 percent each from venture capital/private equity and hi-tech/communications, and 11 percent from financial services. Other major contributing industries include government/education/nonprofit (7 percent and healthcare/biotech (7 percent).

The school believes in helping students build a solid academic foundation before they take up job search. Even before students arrive on the campus, they complete an online self-assessment tool developed by a faculty member of HBS and used by 750 organizations around the world.

The Career and Professional Development unit helps students to explore summer internship and job opportunities and entrepreneurial avenues through workshops and other events. More than 50 trained career coaches assist students in their career development. Sessions with alumni and company representatives are also organized.

Sixty-five percent of HBS’ 2015 students switched careers after attending graduation. Ninety-four percent of the Class of 2016 received job offers, and 91 percent accepted them. Seven percent had plans to start their own businesses, and one percent each decided to continue their education or postpone their job search.

Financial services (28 percent), consulting (25 percent), and technology (19 percent) were the most attractive sectors for the graduates. The major function destinations were finance (29 percent), consulting (27 percent), marketing (13 percent), and general management (12 percent). A large majority (86 percent) remained in the US, while some took up positions in Asia or Europe (5 percent each). The list of employers of HBS graduates is, of course, long and ranges from 3M, A.T. Kearney, Abbott India, Alibaba, and Apple to Wal-mart, YouTube, and Zurich Insurance.

The larger HBS community includes over 84,000 alumni. From its founding, the school has enjoyed a special relationship with the corporate world, and many alumni have gone on to become business leaders, hiring alumni, and making the community ever stronger and resourceful.

HBS founders contribute not only to their own organizations but also volunteer for nonprofits in the field of education, business/economy, spirituality/religion, public health, and public governance.

Six basic elements make up HBS’ USP: global intelligence, learning in practice, entrepreneurship and innovation, residential learning community, alumni relationships, and publications and resources. The HBS MBA program teaches students to pose these questions to themselves: What will you do to change the world? What difference will you make to the world?