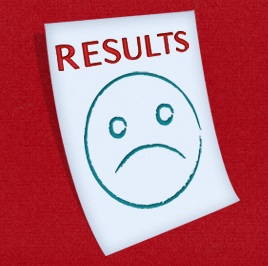 We have written nearly a dozen or more blogs on various essays that one might encounter in a bschool application; from the all important career goals essay to  why MBA essay as well as some quirky ones such as the career failure essays (Read How important are MBA essays).

We’ve also in the past shared how to write college specific MBA essays. In this post, we deal with a topic that is almost ubiquitous in its presence across MBA applications; perhaps even more so than the goals/why MBA essays. This is the optional essay in college applications.
Read How to write powerful MBA essays

Why do colleges offer optional essays?

Before we get into the aspect of how to deal with this beast, let’s develop some perspective as to why schools have this option in the first place. Most schools provide a statement with the Optional Essay that hints at the reason for it being there – it is primarily to explain any extenuating circumstance that your profile may have. This is your space to explain ghosts from the past, make excuses and reason out that one (or two) past mistake.

We will delve into various such scenarios and how to tackle shortly. There are a few times however when such riders may not be there in which case the optional essay can be more – about something positive in your profile that you have not had the chance to do justice to, in the resume or in other essays as well as rest of the online application.

So, why do schools have this? It is because they want to give you the benefit of doubt rather than leaving things to their own interpretation. Respect that and proceed with caution.

When and how to use optional essays in MBA applications?

A short grammar primer here before we proceed (notice the italicized option in a previous paragraph – that was not a formatting error after all). The work Option is a noun – meaning, it is one of the choices available (usually implies that one of the choices has to be made).

Optional on the other hand is an adjective meaning something that is not compulsory and is left to your discretion. This simply means that you should not be compelled to write the optional essay. Use it only if there is really a reason behind the extenuating circumstance or if you have to really say something new.

Don’t make the already overloaded MBA college admission officer read through another essay just for the heck of it; if you do that, you know you are not making a friend of him/her.

Unlike regular essays, the key here is to be crisp and factual rather than creative and imaginative (unless we are talking of something beyond extenuating circumstances). Don’t be compelled to fill out the word limit provided, if any. Let us investigate various situations that may require the optional essay, when to write them and some tips on what to have.

This is perhaps the most common reason for writing the optional essay. It is not uncommon for candidates to have that one bad subject where they flunked. For some others, it may have taken them a while to transition from high school to the college environment.

At other times, a medical emergency or something untoward in the family may have distracted your attention leading to low performance for a period. All these are reasonably valid explanations. But bear in mind, just explaining the situation is never enough.

Ideally, you also need to give evidence since that event/duration that gives the confidence to the adcom that you have the potential for what it takes to manage the rigorous academic requirement of the MBA program – it is after all an academic degree apart from everything else.

Fundamentally speaking, it is tough to explain this. The simple reason is that unlike many other factors here, this one is not about your past but about the present/very immediate past. If you don’t have a good score, the expectation is that you retake the test – clear and simple; most schools don’t care as to how many times you take the test and usually consider your highest score.

So, if you’ve just taken the test once and scored low, trying to explain it by saying something about your profile/work/achievements is basically that – an excuse. If however there was some technical issue (that can be verified), medical issue (ADHD?) or you’ve taken the test quite a few times but haven’t been able to ace it yet, it might be worth explaining these situations.

Instead of trying to say I am good, the mantra here (like in most essays) is to show how you are good – not just at anything at random, but the specific aspects where the score is lacking; overall, verbal, IR, quant or AWA. Read up on what that section tests if you don’t already know and then look at your profile to see whether you can exemplify and convince the adcom that you have what it takes.

Don’t expect the essay to create wonders for you but more about communicating an honest attempt and how more is not possible or likely to mean otherwise.

Career Break due to Medical reasons

A voluntary break is usually not a great idea, read the FAQ on handling voluntary career break in MBA applications. The main valid reasons could be medical – illness or say maternity related. Be factual and clearly explain the reason for the break.

If it was maternity related, ideally there must be something you should have done in that period. If you just decided to take time off work, it can bode quite badly for the application as well as post-MBA employment prospects unless you can explain what you did in that period. Just sitting at home and chilling or doing nothing is tough but even so, this is one aspect you simply cannot leave out.

Whatever be the reason, it is imperative to explain the reason behind the break. An unexplained break left open to interpretation can truly play havoc to your overall prospects.

You tried your hand at something after high school – top engineering, medical, IAS (this last one could be after undergrad or in-between jobs too), tried really hard but could not make it. Some do this in parallel to education/work, but many decide to do it full time. If you crack the exam, great. But if you don’t, you have had to take an alternate track. While that may have been excellent in hindsight, but it does show up as a year long (or longer) break in your career.

Most schools would not take a break after high school too seriously. This partially stems perhaps from the fact that it is not uncommon for students in western countries to take a break year before starting college to travel around or pursue a hobby/passion. But a break after college or in between job begets explaining.

The most important aspect here is to try and explain how the break year was not a total loss ideally. Even if you did something completely different, try to explain what that year gave you. This is not a big blemish but giving it a positive spin (assuming it was so for you) can help have a good discussion if it comes to that.

Career Break due to layoff or disciplinary action

This is the trickiest category of all. Being laid off from work or having had a disciplinary action taken against you in college usually has dark connotations. There usually is a temptation to hide this away. Tread with extreme caution here.

Many schools employ background check software/third parties and some of this is not difficult to find out. If that happens, you can expect instant rejection usually. It is best to come clean on this and again, provide ample evidence to explain why that thing is a matter of the past and would not repeat ever again. This is where you are sort of appealing to the basic good of human nature so some emotions might be fair to show up.

First, make sure you have read the optional essay prompt and are certain that the school is ok with reading more about you which is not an explanation for something untoward. If that is the case, then think of this as an opportunity to dazzle the adcom further; you’ve suddenly got more real estate to write about. But use it responsibly.

Don’t bore them with the summary of your resume or the highlights of your career (that is what a resume is for ideally). Think beyond the normal and make the words count. And whatever you do, make it relevant to the school – try to address why the school should care to know about that particular aspect of your profile.

While the above should serve as a general guideline, the exact mechanics of an optional essay has to be dealt with after reviewing the entire application/profile. Don’t look at this in isolation but in conjunction with other parts of the application (resume/recos/essays) as well.

We have many more articles on MBA essay writing tips.

10 thoughts on “When to use optional essays in college applications”