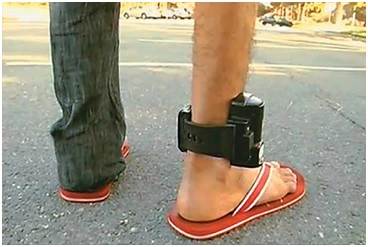 It’s shocking to visualise international students being radio-tagged like criminals to track their movements, but this is precisely what happened in the Tri-Valley University scam.

Study abroad programs in universities across the world are gaining momentum as more and more students yearn to add a multi-cultural dimension to their degrees. Experiences like these make young graduates much more world-ready with life skills far superior to those who restrict their education to a classroom experience.

Of course, an education like this costs big bucks, which automatically makes it an arena populated by scamsters and fraudulent practices. So, if you are keen on enrolling with a foreign university, proceed with caution every step of the way.

This is especially relevant for Indian students, who leave their home country in droves to study abroad, especially in American and British universities. According to a December 2015 report released by the Student and Exchange Visitor Program in the US, there were more than 1.8 lakh Indian students studying in America at the time. This was a 20-per cent jump over six months earlier.

Not surprisingly, unscrupulous as well as bogus colleges and universities have leapt onto this gravy train, routinely defrauding students who enroll with them. Often working with a network of agents to recruit students from overseas, these institutions have dodgy credentials; they fail to deliver on their promises; or, worse, they are engaged in visa immigration fraud. Either way, the payoff is handsome as students fork out hefty tuition fees and commissions to make their way abroad.

Remember the scandal that hit London Metropolitan University (LMU), which was forced to shut its India offices in 2012? The university, shockingly a centrally-funded, state institution, was one of at least three universities in the UK, which were under investigation for immigration violation at the time. It was discovered that a quarter of LMU’s foreign students did not possess a valid visa, more than half did not attend lectures, and 40 per cent could not speak basic English.

Remember also the Herguan University scam of the same year, where the American university, along with a bunch of other Bay Area colleges, were found to have misrepresented information on federal applications to sponsor overseas students seeking visas to study in the US?

A year earlier, the Tri-Valley University scam had hit the headlines, where the American college, among others being investigated, had been hauled up for enrolling more foreign students than the law permitted. Most of these students were Indian. In addition, the university was not holding sufficient classes on campus and was also flouting visa laws by allowing its students to work in the US.

Shockingly, in the Tri-Valley University case, court documents revealed that students themselves often acted as recruiters, and were paid a portion of the tuition fee of new students they had brought in.

Since the overseas admissions landscape can get very hairy, here’s a heads-up on what to consider while shortlisting colleges for your education abroad.

What to be aware of while shortlisting universities abroad

Verify the accreditation of the college or university

In the US, educational accreditation is provided by private non-profit membership associations. This is validated through recognition by the United States Department of Education and the Council for Higher Education Accreditation, or both.In the UK, the UK Border Agency vets all applications for university enrollment in the country.

You may also check university credentials with the embassy of the country, or government website, or that of the relevant city council.Also, check the placement records of the college you’re applying to.

Education consultants advise against applying to private institutions in the UK, Canada, Australia and New Zealand as it is difficult to get detailed information about such institutions. They say it is safer to apply to a government-funded public institute. The US is an exception, where old and reputed private universities like Harvard, MIT and Cornell are covered choices.

Also watch out for universities that admit every candidate that applies to it; those that are ‘targeting’ foreign students while ignoring local applicants; and colleges that are less than 2 years old and not transparent about their accreditation and other information.

Let’s face it, education has become a business and even reputed colleges around the world are doing the utmost to attract foreign students. Sometimes, facing budget cuts at home, US universities are desperate to add full-fee paying students to their rolls.

While education fairs are par for the course, many colleges employ agents to tempt potential students to sign up. Unfortunately, these agents are not regulated by law and a large number of them end up conning gullible students.

Some even offer to put up the initial money governments demand to see in a candidate’s bank balance, and later take it back with interest. On occasion, students have trusted agents, only to end up finding the university does not exist!

Our advice – stay away from agents but hiring the services of a professional (and ethical) consultant may be helpful. While an agent will try and pressure you to enroll with a particular institute to earn a commission, genuine study abroad consultants present an array of universities or colleges to choose from.

There are no shortcuts

Steer clear of agents that tell you they can get standard entry criteria waived by the college, such as the TOEFL or GRE, or if you don’t qualify for the visa.

Also, watch out if anyone guarantees you a seat from their ‘management quota’ (there is no such thing) for a donation. On this topic, we have an article on a more sinister practice. Read here: Can you buy your way into a top university?

Another red flag is universities that offer courses at throwaway fees. Find out what the good colleges are charging for the same course. If there’s too much of a difference, that should set off the alarm bells.

Indians have been at the centre of many an immigration scam, including those mentioned above. So it is not surprising that the country is a hotbed for shrewd and smooth-talking agents.

Students from small cities and towns should be especially vigilant as there is usually a dearth of information about foreign universities and the laws governing the overseas admission process, in these centres.

2 thoughts on “Study abroad scams: What every international student should know”