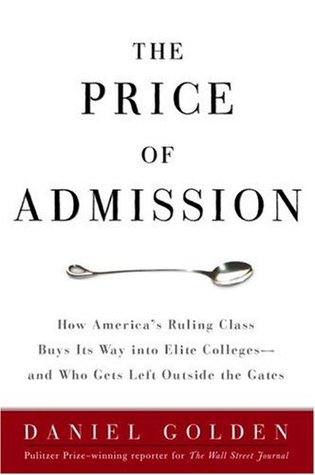 Can you buy your way into a top, Ivy League university? Over a decade ago, Daniel Golden, then a senior journalist at The Wall Street Journal, answered the question conclusively. Stacking evidence in the form of study results and his own research on specific universities, he showed through his investigative articles how donations and influence helped undeserving applicants corner elite university seats at the expense of deserving, meritorious candidates.

The articles were published in 2003. But the “public shaming” has made little difference, Golden writes in an article in ProPublica in November 2016. “In fact the practice [of universities rewarding alumni and potential donors with an admissions gift] has only intensified.” He gives a recent example of a scion of a prominent business family, who finished last in his prep school class, getting admitted into a highly rated university where his mother is an alumna and donor.

Golden’s WSJ articles brought Golden the Pulitzer Prize for Beat Reporting in 2004. In 2005, he expanded the article series into a book, The Price of Admission: How America’s Ruling Class Buys Its Way into Elite Colleges—and Who Gets Left Outside the Gates.

The Price of Admission details preferences given to the wealthy, children of celebrities, and “legacy applicants,” and answers the question that haunts qualified applicants rejected by elite universities, “Why didn’t I find a place?” They didn’t get in because their places were appropriated by wealthy, white, and underserving candidates with connections—sons and daughters of big donors, alumni, and celebrities.

The Price contains well-documented revelations, with the author giving names. It reports that Harrison Frist, elder son of Robert Frist, then the Senate Majority leader, was admitted into Princeton on the steam of the Frist families’ contribution of $25 million to a study center on the university campus. Later, another son of Robert Frist was admitted.

Margaret Bass, daughter of the oil magnate Robert Bass, got into Stanford after the elder Bass’s $25 million donation to the university. Chris Ovitz, son of the Hollywood agent Michael Ovitz, entered Brown University despite a heated debate, thanks mainly to support from the then university president. The University of Virginia admitted Ty Grisham, son of John Grisham, and soon received a gift from the novelist to renovate a stadium.

The Price brings more names to light, one of which is now being heard more frequently, after Donald Trump’s election as President. Jared Kushner, the President’s Senior Advisor, was reportedly admitted into Harvard after his father, Charles Kushner, real estate businessman, who spent time in prison for illegal campaign contributions, tax evasion, and witness tampering, pledged $2.5 million to the university.

Another name that links high office with higher education scandalously is Al Gore III, the former US vice-president’s son, who purportedly got into Harvard mainly owing to parental intervention. Golden, who himself went to Harvard, writes that almost 60 percent of places in the university are similarly claimed, reducing the chances of candidates who have only their merit to show at its admissions office.

Universities use the admissions route in mainly four ways—or “preferences”—for fundraising and for extending their sphere of influence, according to Golden. These are “legacy preferences,” which give a head start to children of alumni who are also major donors (10 to 25 percent of seats in top universities go to them); “development preferences,” under which the fundraising office recommends applicants who are not children of alumni but whose relatives can help the university with money or visibility; “athletic preferences,” under which children of the rich and famous who participate in “blue-blood sports” such as horse-riding, polo, and skiing are considered star athletes and given seats; and preferences for children of college faculty and administrators.

“If you add them all together, all the beneficiaries of these preferences, you get something approaching a third of the student body at a typical elite university,” Golden told the audience at a meet-the-author program at Yale University after the book release.

Students who are talented and deserve to go to a top university end up going to a second-tier university, while those without proper credentials get to study in a top university. The author points out that this violates the basic notions of what America stands for: fairness, equal opportunity, and upward mobility. Studies show that half to three-quarters of students of elite universities come from the top 25 percent in income, and only 5 to 10 percent come from the bottom 25 percent.

Preferences outrage not just the deserving candidates who are overlooked, but their parents, their teachers, their guidance counsellors, and the admissions staff of the universities concerned. The general American public is also dismayed: in a 2016 Gallup poll, 52 percent of respondents said universities should not consider whether an applicant’s parent is a graduate, while 35 percent said it should be a minor factor, and 11 percent a major factor, Golden writes in ProPublica.

College administrators claim that funds from donors are important for paying salaries, maintaining lab facilities, instituting scholarships, etc. “But raising money by corrupting the admissions process is taking the easy way out,” says Golden. “It doesn’t have to be the way that colleges raise money.”

He notes that there are great schools that don’t make money this way. Caltech, Cooper Union, New York, and Berea College, Kentucky, for example, don’t use preferences for admissions and are “wealth-blind.” Yet they manage to collect funds.

Gordon Moore, founder of Intel Corp., who earned his PhD from Caltech, later donated $600 million to the institution as a tribute to its “fantastic intellectual climate.” But there was no quid pro quo. Moore’s two sons didn’t go to Caltech, and Moore had no plan to maneuver their admissions. The only reward Moore got was Caltech naming an asteroid after Moore, Golden says.

What gives credibility to Golden’s work? It is a product of two years of research and hundreds of interviews with not only students and parents, but also admissions officers and other members of college and university staff, some of whom risked their jobs to speak to the journalist. The Pulitzer website calls Golden’s work “compelling and meticulously documented.”

The Price, The Economist, says “deserves to become a classic.” It shatters the belief that meritocracy thrives everywhere in the US, and that whatever your circumstances of birth, you can do well in life if you are talented and prepared to work hard. The “preference of privilege” enables wealthy and well-connected candidates to edge out others, including working-class and middle-class candidates, new immigrants, and Asian Americans, who are often more deserving candidates, in the race for seats in prestigious colleges.

The New York Times book reviewer Michael Wolff says that The Price is a fire-breathing, righteous attack on the culture of super-privilege, but asks how Ivy League universities, which, according to Golden, pave your way “into leadership positions in government” and “serve as the way to influence and affluence America,” can be expected not to become a marketplace.

Apart from being an award-winning investigative journalist, Golden had additional qualifications to write the book. As a former Harvard student who had got in on his own merit and without connections to the university, he was aware that many eligible applicants were left out because of the preferences system.

Golden, who won the 2003 George Polk Award for Educational Journalism and has also worked for The Boston Globe and Bloomberg News, is now a senior editor for ProPublica, a nonprofit investigative newsroom. 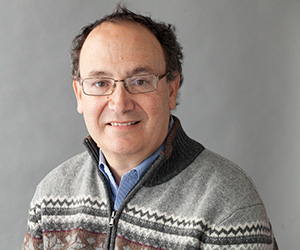 MBA Crystal Ball: Are there any signs to suggest that the trend might change for the better over time? Or is it a hopeless situation for students who aren’t from influential families?

Daniel Golden: As you note, the problem of the rich and powerful buying their children’s way into selective universities is getting worse. I don’t see any positive signs. However, the situation for unhooked students isn’t “hopeless.” They face increasingly long odds, but some of the best applicants beat those odds.

MCB: Is it a bigger issue in American universities than in other countries?

DG: Traditionally, this has been a bigger problem in the U.S. than in many European and Asian countries, where higher education has been publicly funded. However, as governments in other countries become strapped for money, or allocate their scarce resources to other budgetary priorities, universities abroad increasingly rely on private gifts–and, as a result, are beginning to adopt the American practice of giving preference to wealthy families.

MCB: What are the pitfalls (for universities) of continuing on this path? And what can they do avoid the conflict of interest and yet be able to raise funds for their endowments and growth plans?

DG: By admitting rich but mediocre candidates, universities are shutting out and alienating stronger applicants; diluting the quality of their student bodies; and perpetuating an aristocracy based on money rather than merit. They’re also violating the American democratic vision of equal opportunity and upward mobility.

My book, “The Price of Admission,” gives examples of colleges–Cal Tech, Berea, Cooper-Union–that attract plenty of donations without prostituting admissions. Such schools raise money on the basis of the quality of their programs and the appeal of their missions.

Meanwhile, allegations of universities’ discrimination against applicants continue to make headlines. The Guardian reports a story of a Chinese-origin student who had near-perfect SAT scores and excellent extracurricular achievements but failed to find a place in an Ivy League institution.

Golden describes such instances as an “Asian fail”—Asian Americans with top SAT scores and other achievements (that are adequate for non-Asians) being rejected by admissions offices.

They said the universities were denying admissions to Asian Americans on the basis of stereotypes and biases that candidates from this segment lacked leadership skills and creative thinking and focused on studies at the cost of extracurricular activities.

Yale, Dartmouth, and Brown allegedly used race quotas to bring about what they thought was an ideal balance of races on the campus. The universities were allegedly using their campus diversity goals to deny Asian Americans admission, they said.

Golden compared the situation to the one that faced by Jews in the first half of the 20th century. “Jews were overrepresented in the student body compared to the population, but were underrepresented compared to their academic credentials,” The Guardian quoted Golden as saying.

Of course, universities have for long denied any discrimination against anyone.

4 thoughts on “Can you buy your way into a top university?”