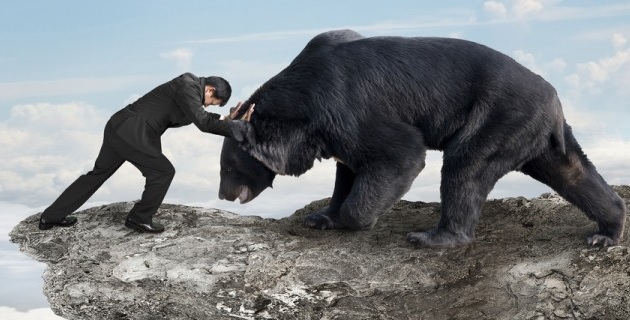 The recession served a painful reminder on job-seekers and employees about the importance of higher education. During those dark days, the specter of unemployment haunted workers with not much college education, but it largely spared those with bachelor’s and higher degrees, at least in the US. When the recovery period came, it gave better rewards to workers and job-seekers who had postgraduate degrees.

The trend is clear. A master’s degree can help you get through recession.

Georgetown University’s Center on Education and the Workforce (CEW) has conducted a study on employment in the US during the recession that lasted from December 2007 to January 2010 and during the recovery period from January 2010 to April 2016. Its report, “America’s Divided Recover: College Have and Have-Nots,” says the post-recession economy has sharply differentiated between those with college education and those without. Of the 11.6 million jobs created in the US in six years after the recession, 11.5 million went to job candidates with some college education and only the rest to those with just high-school diplomas.

In six years following the recession, school diploma holders gained only 80,000 jobs (just a little over 1 percent of the jobs they lost during the recession) and associate’s degree holders gained 3.1 million jobs. The biggest beneficiaries of the recovery were candidates with higher degrees, who gained 8.4 million jobs, though they did not suffer much job loss during the recession. Workers with some college education also got the majority of “good jobs”—full-time jobs with annual salaries of about $53,000 and benefits such as health insurance.

However, job recovery hasn’t been even across the board for all college degree holders. A bachelor’s degree once used to guarantee a job. Not anymore. Now, a master’s degree is a must-have than a decorative accomplishment for many jobs.

During the recession, a trend of degree holders returning to school was noticed. Shrewd young men and women figured that if they had to wait out the recession, they could use the time to get a postgraduate degree and become better candidates for jobs once the recession was over. According to a US Census Bureau blog post in 2014, the number of postgraduates grew by 18 percent and the number of those with professional or doctoral degrees grew by 20 percent between 2008 and 2013.

They seem to have done very well for themselves in preparing for the end of recession and the revival of the job market. Recession may have wiped out 66,000 jobs held by workers with bachelor’s degrees, but the recovery added 4.7 million such jobs. Workers with master’s or higher degrees not only gained 253,000 jobs during the recession but also gained an additional 3.8 million jobs during the recovery.
Read Best degree to get a job abroad

The trend of more, better-paid jobs for candidates and workers with master’s or higher degrees started after the 1950s and is still continuing, says the CEW report. This is owing to technological advancements and growing capabilities of industries but also because of the increasing complexity of operations, which requires workers to possess greater knowledge and skills.

The CEW study found that management jobs, including those carrying responsibilities of strategic decision-making and operational decision-making, increased by 1.6 million, more than other categories of occupations, since December 2007. Of these management jobs, 1.3 million went to workers with bachelor’s or higher degrees, accounting for 16 percent of all jobs that college degree holders gained (higher than other occupational categories).

Consulting and business services recruited people for 2.5 million positions during the recovery period between January 2010 and January 2016. Two million of these jobs were secured by candidates with bachelor’s degrees or higher qualifications. Interestingly, this sector had even more jobs after the recession than it had before.

The changes in the economy during the recession and recovery accelerated structural changes in the workforce that pressured industries to hire more college-educated, skilled, and technically competent workers than blue-collar, unskilled workers with just high-school diplomas. The CEW study points out that job recovery for these blue-collar workers has been virtually nonexistent, affecting their progress to the middle-class from lower strata.

Postgraduate degrees, including MBA, have, therefore, become essential qualification for career progression, and this is one reason for the higher enrolment reported by graduate schools. The Graduate Management Admissions Council (GMAC) Corporate Recruiters’ Survey Report that found that 88 percent of companies who work directly with b-schools plan to hire MBAs in 2016, eight percentage points more than the figure for 2015.

More good news for those enrolled for an MBA: 89 percent of companies plan to participate in on-campus recruitment programs in 2016 compared with 85 percent in 2015; worldwide, 54 percent of companies plan to raise starting salaries of MBAs at the rate of inflation or higher; US-based corporates propose to increase the average starting basic salary of MBAs from $100,000 in 2015 to $105,000 in 2016.

Employment opportunities for MBA graduates largely depend on the region in which their business school is recruited. However, 24 percent of companies have reported that they will recruit candidates who need additional legal documentation such as work permits or H1-B visas, and 28 percent have reported that they will consider hiring such candidates. This will open up jobs in multiple locations around the world for MBAs.

The GMAC, which conducted the survey in February and March 2016, has found that companies in consulting, manufacturing, technology, and finance sectors are more willing than those in other sectors to take in candidates who require visas.

The future also looks promising for some non-MBA postgraduates, too. More than 25 percent of corporate recruiters are preparing to employ candidates with Master in Supply Chain Management (mainly companies in the manufacturing, technology, and products and services sectors), Master in Data Analytics, and Master in Marketing degrees.

A post in Jobscan Blog points out that postgraduate students can do a few things to increase their chances of finding jobs: attend lectures and workshops while in school; use opportunities to make presentations at conferences; maintain contact with professors and peers after graduation; and take part in alumni group activities.

Master’s degrees may work some magic on your personal profile. However, before jumping on the postgraduate bandwagon, a cost-benefit analysis of doing a master’s program would be well-advised. Consider whether the tuition fee would be a burden and whether the time away from work would hamper your career prospects.