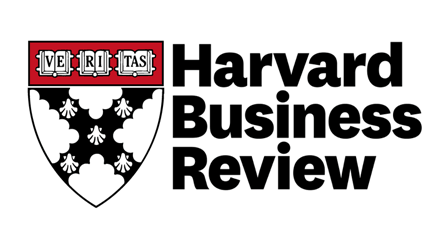 If management is religion, then the Harvard Business Review is a holy book that is read and revered by thousands, many of them corporate head honchos and academics. First published as a magazine for Harvard Business School in 1922, HBR has graduated into a must-read journal for business leaders and decision-makers by capturing and delivering the zeitgeist of the contemporary corporate world. Persistent efforts to discover and analyze new management approaches have enabled HBR to record a combined print and digital subscriber base of over 250,000.

Obviously, HBR’s credibility is a major reason for its popularity among discerning readers. How has the journal built credibility? Perhaps, the most important factor behind its acceptance among top-notch executives is that it only invites experts demonstrably well-versed in their respective fields as contributors. These knowledgeable contributors can be either well-known or not-so-well-known, but they all need to produce evidence in support of their ideas by providing research findings or by giving examples.

Although HBR prefers new ideas in management theory and practice, it also welcomes unique and original insights into older concepts. The practicality of ideas also decides whether a contribution will pass the magazine’s rigorous editorial muster. Last, but certainly not least, the authors must be fine practitioners of the art of persuasion: articles should be written in such a way that the HBR’s audience of busy and naturally skeptical readers are able to see their viewpoints effortlessly through well-written passages that illuminate concepts.

HBR’s credibility also comes from the care its editors take to ensure the authenticity of articles. The magazine insists that the authors disclose any business engagements that they have with the companies mentioned in their articles. Draft contributions have to carry referable citations, though these references may not be included in the published articles as such.

However, despite the thorough vetting that articles go through, HBR apparently doesn’t quite manage to please everyone every time. One blogger on LinkedIn’s “Pulse” feels that the quality of content has fallen since HBR, and also Forbes and BusinessWeek, started shifting material to online media. Quantity, not quality, seems to be the first priority now, says this blogger, and adds that venerable publications such as HBR are kowtowing to social media and resorting to crowdsourcing at great cost to their readers.

A contributor to Forbes quotes a former economic advisor to the Reagan administration as saying that HBR can claim to be blessed with no special editorial acumen and that it should really be seen as a media con job—no less—that takes advantage of a respected academic brand. This former official accuses HBR of offering “nuggets of wisdom” that are really only shallow observations based on anecdotal information.

Such views are very likely too few for HBR to take any serious course-correction exercises. On the contrary, it feels it is doing well and its popularity is growing: indeed, HBR, counter-intuitively, hopes to attract 100,000 new subscribers although it is increasing its subscription rates.

Meanwhile, HBR continues to explore various topics related to strategy, marketing, finance, organizational change, innovation, team management, work-life balance, and other subjects. It has also covered the economy and business scenarios of many countries including India. Here we take a look at the India topics HBR has analyzed.

Understanding the rise of manufacturing in India

In this article from September 2015, the authors discuss the opportunities and challenges of setting up manufacturing units in India. They highlight success stories of big American companies in India, including Abbot, Cummins, and GE, and how they are overcoming difficulties, such as land acquisition and labor laws.

The authors say that American corporations would do well to include India as a major link in their global supply chain instead of treating it only as a source for coders and call-center agents. Read the full article.

Lessons from Facebook’s fumble in India

This February 2016 essay goes into the fallout of failing to properly assimilate the culture of a new market before launching a business development strategy. The author points out that when entering the Third World, “contextual intelligence” comes in handy more than “coding intelligence.” In India, for example, the omnipresent economic inequality has not killed people’s innate belief in egalitarianism. Any tactic for future profit thinly veiled with a garb of charity is easily seen through, says the author while explaining why Facebook’s Free Basics concept failed. Read the full article.

Technological knowhow can be a power tool in the hands of the poor, too, as mobile apps for hiring auto-rickshaws have shown. This January 2016 article tells the story of how apps have come as a boon to commuters but also how they have helped taxi companies such as Autowale, Ola, Jugnoo, and mGaadi, along with auto-rickshaw drivers, streamline their operations to increase their earnings. Read the full article.

A slightly older interview with Infosys’ N. R. Narayana Murthy (November 2011) but still eminently readable. Murthy explains the credo of his company that had a princely seed capital of $1,000: “Powered by intellect, driven by values.”

The best way to infuse confidence among employees is to lead by example, says Murthy, in this frank and forthright conversation. Read the full article.

Four authors compare the approaches of inspired business leaders in India and the West and find that the former provide their employees a more engaging role. Analyzing several top companies, they write that in companies managed by top executives blessed with a creative impulse, the achievement of corporate goals is converted into a personal mission for each employee.

Business leaders in India see themselves as role models for their employees. The authors say that molding employees takes a higher priority for Indian leaders above the interests of investors, in an approach conspicuously different from that of top managers in the West.

The article also mentions the importance of corporate social responsibility, employee training, and a culture of open communication to organizational welfare and growth. Read the full article.

The sum of India’s contradictions

India’s historical paradoxes have always seemed to strengthen the nation. However, fresh contradictions in the past two decades and more since the economy was opened up threaten to slow down the nation’s progress, says the author of this article published in November 2013.

The author uses perspectives from two books to bring out the persistent challenges before the country—poor distribution of economic growth, low quality-of-life indicators, inefficient public sector, micromanagement of the private sector, and lack of adequate results from women’s empowerment programs.

However, references to positive quotes about India from Bill Gates and Starbucks’ Howard Schultz leave readers with some hope. Read the full article.

2 thoughts on “The best Harvard Business Review articles on India”