Despite being top tier Ivy league brands, we’ve never featured Brown University and Princeton University in our MBA articles. Reason being – they don’t offer MBA programs. We’ve been curious to find out why. So we reached out to Shriram Krishnamurthi whose journey from Bangalore (India) to Brown University (USA) has been quite eventful.

As a professor of computer science at Brown, when he’s not training the tech superstars of the future or working towards changing the technology landscape (including the creation of new programming languages), he’s also sharing his thoughts, knowledge and experiences on Quora with aspiring students looking for answers that aren’t easily available.

Shriram shares his views on a range of topics cutting across academia, business and technology. 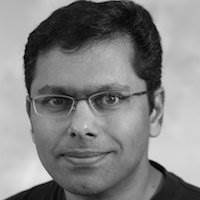 Shriram Krishnamurthi: Brown doesn’t in general do professional schools. This has changed only slightly over the years.

We do have an entrepreneurship program. Also, we have just created a cybersecurity certificate program designed for non-technical people, to leverage the huge cybersecurity expertise (from many areas) on the Brown campus.

MBA Crystal Ball: If you were to design technology electives for the (hypothetical) Brown MBA program, what would those be and why?

Shriram: Assuming by the time you’re in an MBA program you have basic digital literacy, I’d want every MBA to know something about

These are critical topics that are going to affect them whether they like it or not, so they may as well be informed about what they’re getting into.

Note that it is less important that they be knowledgeable about the details (which are anyway rapidly changing) than they they understand the big-picture issues and know when to go speak to a qualified professional in the area.

Overall, then, this doesn’t seem like a question worth getting worked up about.

MBA Crystal Ball: What are the big real world problems where technology can make a significant impact (but hasn’t yet)?

Shriram: It’s not clear there are areas where technology has not had at least some impact, from drug discovery to banking the unbanked.

However, I think we should be careful about overselling the “there’s an app for that” model, because we end up with what Evegeny Morozov (an excellent critic of this mindset) calls Technological Solutionism.

Real solutions require not just technology but also social, political, and other structural changes. Given those other forces, technology can be influential almost everywhere, from education to health to climate change.

But it’s not clear how, for instance, mere technology is going to address many of the ugly geopolitical problems of our time; and as critics like Morozov have pointed out, it may even make things worse.

(“Worse” is of course a value judgment; while some people are frustrated by information firewalls, others rejoice in them.)

MBA Crystal Ball: In what areas would you like to see businesses and educational institutions working together?

Shriram: Every single area would benefit from close cooperation between these forces. There’s a reason the term “R&D” was coined: both sides benefit from the other.

MBA Crystal Ball: With many top universities making their course content available online, in what ways are the takeaways from the traditional teacher-driven/classroom-based learning model still significantly better?

Shriram: It would help if we don’t begin by assuming all university education is “traditional”. I often read about the “sage on a stage” and other caricatures and wonder who these authors are talking about.

Most education at good universities has long since moved past this model, and many are in fact hotbeds of innovation and research into teaching methods.

It’s also a false dichotomy to contrast online content with the traditional classroom. Education at a university doesn’t just happen in a classroom. It happens also in labs, in dorms, and in the informal social gatherings of students working on common or dissimilar tasks.

It is that sum total of concentrated educational experience that I most cherish from my student days, and where my own students do most of their learning (not just in my classroom). It will be a while before the online world can reproduce that experience.

If you are interested in undergrad or postgrad (Master’s / PhD) study options in the U.S., follow Shriram on Quora. He has posted over 200 insightful answers on related topics.