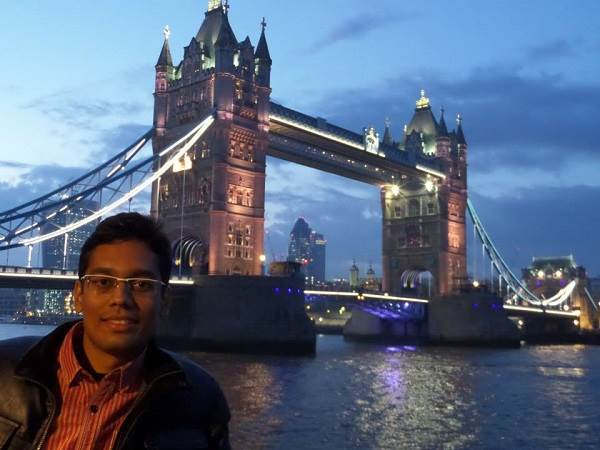 MBA and GMAT forums are filled with GMAT success stories of how Indians cracked the GMAT exam and got into the best MBA abroad universities. What happens to those who have decent profiles but aren’t able to get into the 700+ GMAT club?

Such candidates are advised by consultants, alumni and other applicants to try again to do well in the GMAT exam. But it isn’t that easy, is it? Despite their best attempts, some good applicants aren’t able to do so.

Nikhil Ladha, with a 630 GMAT and help from another MBA admissions consulting team score had tried in 2013 to apply to some foreign MBA programs, but wasn’t successful. His next attempt, in 2014, got him 3 admits from business schools abroad and in India.

I had around 4 years of Testing experience in Banking and Financial Services domain along with some experience in pre-sales, resource management and customer visit management when I first applied to a B-School.

I was looking forward to a career leap to move into a Business Development Management (BDM) kind of role and so I decided to pursue MBA.

I had very pathetic GMAT experience in my first attempt as I was nervous and was unable to focus.

I joined GMAT classes to get familiar with the small tips and tricks along with putting some sort of discipline into my studies.

The major hurdle Indian pool of students face is the Verbal section of the GMAT that comprises of Reading Comprehension (RC), Sentence Correction (SC) and Critical Reasoning (CR).

Mostly all the students focus on Sentence Correction as it is more of rule based, but in all cases rule does not work and chances of making mistake increases.

I would suggest GMAT aspirants to focus more on RC and CR as probability of being accurate is more. RC and CR can be difficult for people who don’t have a reading habit.

So New York Times and Washington Posts would help here as the GMAT passage structure and style is similar to the articles in them.

My experience with MBA admission consultants in India

I had experienced few MBA admission consultants before I had opted for MBA Crystal Ball.

When I started interaction with MG I found the difference between MCB and its competitors. MG’s brutal attitude on essays helped to bring out the story from me in my essays.

His review is so detailed that it would force you to respond to his comments, assisting in connecting the dots.

MG helps you in bringing the story in such a way that there is a relation among the threads and nothing comes out of the blue.

If I compare 1st review of MG and final review of other admission consultants I had worked with, I would say that MG’s inputs were closer to my goals.

Another good point about MCB was that if they were unable to devote you their 100 percent they would tell you upfront.

2013 was bad year for me as I had interview calls from UBC and Alberta School of Business, but I was unable to convert them.

I got rejected from Illinois Champaign without even an interview call.

After working with MCB, 2014 kicked off well as I received MBA interview calls from Schulich, Nyenrode and Great Lakes and was able to convert all of them!

I did not join Schulich India as I was more keen on Schulich Toronto.

I declined Great Lakes as I had received an Onsite opportunity that time. I remember MG’s words that Onsite may sound tempting and would give you money, but ultimately you may land up doing what you don’t like and the same happened with me too.

Then, I applied to SP Jain from Onsite and I received an MBA interview call. I converted for 1 year PGPM program of SPJIMR and accepted the same after discussing with MG and Sameer.

MG had brought a drastic change in myself from the time I had given my first interview. I would like to thank both of them for their guidance in my MBA journey.

Along with them I would also like to thank one of my professors from my GMAT classes who has been of great help till now.

I would like to suggest to all desi aspirants that we have a strong competition among ourselves and I feel mostly the first qualifier is a high GMAT score because it not only helps in qualifying, but also increases your chance for good scholarship.

Having said that a good story revolving around your past experience and future goals is also required. Selecting the MBA application consultants and starting early is very important.

All the best to all MBA aspirants!