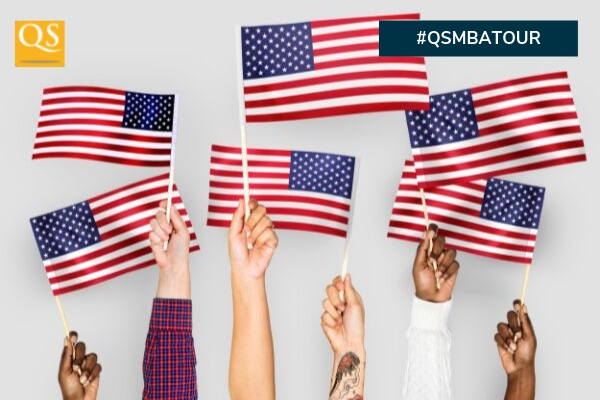 There’s a growing concern among MBA applicants about the ever-increasing cost of attending a top MBA program. Over the years, some of the questions candidates have remain unchanged.

Do MBA salaries justify the growing tuition costs? What is the RoI of a top MBA from USA? How long will it take to repay the education loan? What salary can I expect after a decade?

QS Quacquarelli Symonds, a powerhouse in the world of global higher education consulting, has been focusing on answering such questions with hard facts and numbers.

What’s the RoI on the American MBA?

Though the prospect of a Master’s in Business Administration (MBA) can seem an appealing prospect for those hoping to scale their careers to new heights, make their way in the world as entrepreneurs, or take those first important steps towards an executive level, the financial costs of doing so will never be far from one’s mind.

With tuition costs at top American MBA programs having the potential to set an applicant back by as much at $200,000, it’s important for any prospective applicant to carefully consider questions of return on investment (ROI) alongside other qualitative factors that might determine their decision.

While important, those qualitative factors – the benefits of networking with talented, motivated future business leaders; the chance to expand one’s skillset; the opportunity for an international experience in a thriving, dynamic major city – are all hard to quantify.

On the other hand, the potential ROI one can expect to derive from their future MBA course is easier to calculate.

Doing so is exactly what QS Quacquarelli Symonds, global higher education consultancy, have been doing for years, and their latest results offer a resounding conclusion:

The American MBA is still a highly worthwhile investment in your future, with the potential to offer you a $1 million ROI over a decade.

To work out exactly how financially-worthwhile MBAs across the world might be, QS’s analysts examined a range of factors designed to help you with your decision-making:

It’s certainly true that the American MBA is a longer-term financial investment than other courses in different countries. Business schools in Europe, due to their cheaper tuition costs, offer the speediest average payback period in the world: 39 months.

Though the prospect of spending over three years paying off course costs may seem a daunting one, the European MBA graduate is still better-placed to start profiting from their investment more quickly than the North American one, who will spend, on average, 55 months – nearly six years – paying off their study costs.

However, though the North American MBA requires longer to pay off, the financial rewards are correspondingly greater, both in terms of the average salary that one might be able to expect to earn, and the overall long-term ROI.

QS’s data makes this abundantly clear. Of the 20 MBA programs to offer their graduates the highest post-study salaries, 19 are in the USA, with Stanford’s business school alumni enjoying an eye-watering average salary of $140,600.

Among European b-schools, only grads from Switzerland’s IMD Business School can boast salaries among the world’s top 20.

So, too, are the overall ROIs enjoyed by American MBA graduates unmatched anywhere else. Perhaps unsurprisingly, given its world-leading salaries, Stanford’s MBA alumni also receive the highest ten-year payoffs: just over one million dollars.

This is comfortably more than double the global 10-year ROI average, though the ability to earn nearly four hundred thousand dollars on average ($390,751) after tuition and study costs have been accounted for is hardly a trivial prospect.

Even though places at the very top-earning business schools – the Stanford’s and Harvard’s of the world – are highly sought-after, QS’s data also shows that American MBA programs are generally offering their graduates excellent financial prospects.

Of the 20 MBA programs that offer their graduates the highest percentage salary uplift, 13 are American.

Of those 13, none are ranked among the top 20 in the world in QS’s Global MBA rankings, indicating that there is plenty of value in considering a less-well-known US business school.

Therefore, while QS’s data can’t capture everything that might matter to you as you consider your future study plans, they are able to give you some indication of how financially worthwhile those plans may be. And whilst there is plenty of variation between schools and nations, that data is generally testament to the enduring value of the American MBA.

Find out more about the Top MBA programs and the value of it by speaking to admissions directors from top US business schools like Cornell, Michigan-Ross, Darden, Berkeley-Haas, Duke-Fuqua, Rice, McCombs, Vanderbilt & many more at the QS MBA Tour across India from 27th July to 3rd August.

At the event, you will also have an opportunity to get access to scholarships worth $7 Million only available to attendees. Register online to book your spot at www.topmba.com/crystalball

Also read:
– What is the long-term value of an MBA?
– Value of Indian MBA abroad
– 5 Financing options for an MBA

5 thoughts on “What is the RoI of an MBA from USA?”