Here’s a list of the most common leadership essay and interview questions in MBA applications.

What’s your leadership style?
Tell us about a leadership experience.
When was a time you lead a team?
Narrate an example of leadership in action from your experience.

These are just some of the questions you may encounter as you work your way through the nerve-wracking MBA interview process.

MBA admission committees (adcoms) have to find enough evidence in your application pertaining to leadership to decide to talk to you and ask some of the above questions.
Read How to write powerful MBA essays

How to show leadership in MBA essays

3 Leadership types that are likely to matter 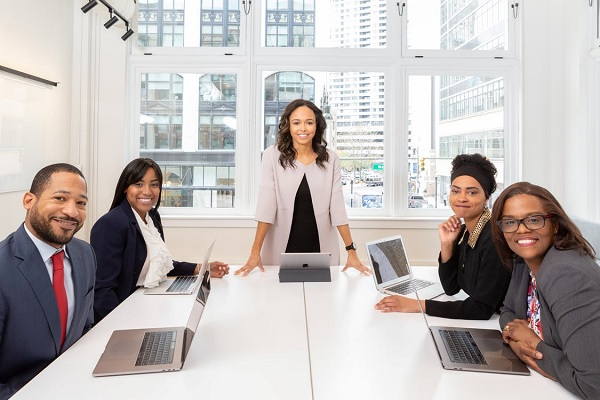 It has become increasingly rare for MBA essays to directly ask about leadership qualities in black and white.

This means that like those crafting these essays, you too have to take a nuanced, layered approach to showcasing leadership skills while addressing the main thrust of whatever the actual essay prompt might be.

While that articulation would vary by school, applicant, essay, this article is about trying to get our heads around what constitutes leadership – is it only about leading a group of people as a manager? Could there be something more?

A quick google search throws up more confusion than answers. Depending on what you read, there could be 4, 5, 7 or even 12 types of leadership out there.

Let’s try to cut through the clutter, make things simpler and see the leadership aspects that actually matter and are likely to be present for the median 80% of the population applying to a bschool – we’ve whittled them down to just three.

This type of leadership is by far the easiest to show and understand.

In simple words, it means that you are formally responsible for a team of professionals; most places would call you by some designation that has a ‘manager’ attached to it.

Because it’s the most straightforward, it is also the most self-evident. A simple line in the resume could suffice and then, you can showcase how you’ve been leading your team by narrating one of your biggest accomplishments.

Most of the times, if you are a people leader, your biggest achievement would coincide with the team’s achievement and you can use the two interchangeably.

It is important to clearly bring out the team size you manage and in case you’ve managed bigger teams, to mention that too.

Another thing schools would be interested to know is how you’ve enabled/empowered your team, meaning, got them to grow not just in skills, but in the hierarchy too or through formal recognition.

Some schools even have explicit questions (e.g. Tuck) on how you’ve helped someone else succeed. Within this could be various different versions.

For instance, you could be a leader who is extremely democratic, meaning you empower and trust your team fully.

You could be an autocratic leader, though that is almost never a good thing and worth changing/reassessing.

One of the ways of rethinking that last bit would be you are a stickler for details (read micromanager) – this can be defended only if a particular job literally dictates you to be super hands-on and breathing down the entire team’s neck at almost all times (for instance maybe while designing a NASA rocket?!).

Another version of being democratic is being a facilitator wherein, you drop in only as needed and facilitate the entire goings on.

That being said, this is also one of the rare forms of leadership available in the MBA aspirant pool.

Reason – given that the average experience is 4-5 years for MBA entrants globally, it is not easy to formally get a team reporting to you.

So, while bschools would want to have leaders, the selection model is such that they’d rarely have formally anointed ones.

But then there are other ways to showcase leadership as well as leadership potential. Let’s see how.

For all practical purposes, you are an individual contributor. Your designation says something of an Analyst or say a Consultant or some such exotic one.

You think that that’s the end of story for you since you don’t manage or lead a team. You accept this as a potential hurdle in your profile and hope that other bits would carry it through.

After all there are a bunch of factors that matter in an MBA application. But before you give in, think again.

This next brand of leadership would be amongst the most common that typical MBA candidates would have (even if they don’t know) and can showcase.

Even if you don’t command a team, it is rare (except cases such as a trader in the investment banking world) that you would not be interacting with people – both in your own team/department and/or outside.

The way to build leadership quotient if you are in such a situation is to take on opportunities where you become the ‘de-facto’ lead for a project, or take more and more initiative so that you get officially designated as a team leader for a project.

The project team may not report to you formally, but you are the one who is driving them for all practical purposes. Such a team could be inter or intra -departmental (in the latter case, becoming an example of cross-functional leadership). Some aspects of the versions in the previous leadership style would apply here too.

Be sure to explain how you got such an opportunity and how you managed various team dynamics related episodes.

In this case, your biggest accomplishment might have been a purely individual one but in the larger scheme of things and depending on what is being asked in the application essay, you may want to de-prioritize it for a team related experience.

The other important element to bear in mind here is to get one (or both) of your recommenders to vouch for what you have claimed.

It is very easy for a member in a team to claim in the application that he/she led the team. This is where your recommender can lend that all-important credibility to your claims.

You’ve crossed out the above two types and are still wondering if there is something you can do. Well, sort of.

This next version of leadership comes into play typically when you don’t have the luxury of the previous two.

It should ideally be because of the type of job/project you are on and not because you didn’t take the initiative.

And you have to convince adcoms that that is indeed the case otherwise they are smart enough to know that neither do you have potential nor a quotient!

One example of this could be a Research Analyst producing an industry research report that gets his/her company a bunch of new clients or a lot of positive PR.

Another could be that of a Financial Trader who creates a new/improved algorithm/investment thesis that changes the course of investing for his larger team/company.

Still another could even be a Consultant who produces knowledge/research paper that is presented at a big industry conference (better still that he/she delivers it), building the firm’s brand and knowledge equity.

The point here is to excel, and excel in a way that draws in others, inspires them, changes/challenges the usual way of doing things, even if you did so in isolation as an individual worker.

This particular version is harder since doing something so substantial at scale is not easy, especially at the early juncture of one’s career.

But if you showcase this, you’d also be carving a big niche for yourself and solidly differentiating yourself.

For the rest, be mindful of the above two and keep them in your crosshairs.

7 thoughts on “How to show leadership in MBA essays and interviews: Focus on these 3 types”