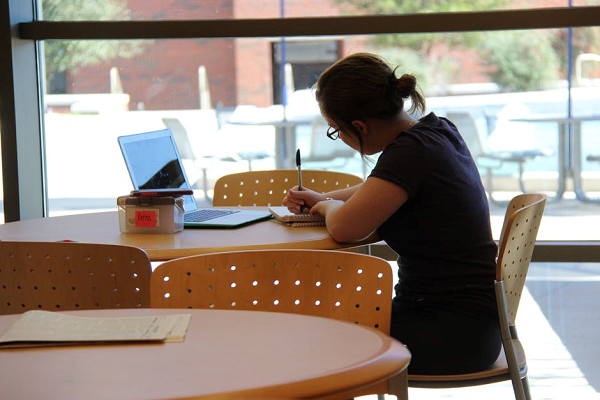 What’s in a number? And what’s in a grade? Well, it is a quantity to be interpreted as a measure of your intellect. Yes, yes, we know. The system is not always fair. Your grades, for your mental capacity in those 2 – 3 hours, should not reflect upon your education background.

But alas, it does. Grades are an important instrument that Admissions Offices, and employers alike, use with varying levels of gravity, when deciding whose application to consider and whose to send over to the recycle bin. And this number comes in various shapes and fonts all over the world.

Some universities offer percentages (like most Indian Universities), some the Cumulative Performance Index (like IIT Kanpur), some appoint letter grades, and some, like the little country you might have heard of – the USA – offer the Grade Point Average, or the GPA. This GPA can be a number out of 7.0, 10.0, or the more common GPA out of 4.0.

While Jill may get an undergraduate GPA of 3.4/4.0 from University of Kentucky, Jaswinder may get a total undergraduate score of 76% from University of Patiala. So, when both Jill, and Jaswinder, apply to the University of Bollywood, for an admission into graduate school, how will Stallone, their Adcom officer, make a comparison between the two candidates? Will he settle for comparing apples to oranges or will he find a way to extract the Vitamin C content in each and compare their strengths instead?

In this article, we will explore Jaswinder’s plight in some detail. The essence of the plight being two-fold.

In this article, we will explore these two factors and discuss whether international students are truly at a disadvantage when competing with American undergraduate scoring systems, when applying to Graduate Schools?

Before we jump in, let us understand why Academic Grades are important at all.

Why are academic grades important?

Recruiters have a tough job and while they seem to have the power to turn your future around, they certainly don’t exercise it with a magic wand. With thousands, if not more, applications piled up on their desks, they rely on certain known parameters to filter out the candidates who deserve a second glance. All graduate degree programs require an undergraduate degree as a natural progression of higher education.

For instance, consider MBA programs where candidates from a multitude of backgrounds come together. One of the basic requirements being an undergraduate degree, the undergraduate score lays the tone of your application along with the GMAT score, your essays, your resume, work experience, and so on.

While it is a well-known fact that their individual weight is hard to determine, it is for certain that your grades, usually in the form of a GPA, tell the Adcom officers a story about your education history.

You would be hard pressed to think of a situation where your grades are not referred to. In fact, a number of universities do often rely on high GPAs and even mention a cut-off. So, yes. Grades are important and there is no doubt about that fact. The open-ended question, that we won’t be able to respond to, is how much.

Are GPA conversions an accurate measure?

There are many independent agencies that specialize in mapping foreign grading systems to the American structure. These agencies handle conversion of grades, providing a certified mapped transcript. Often, they help in literally translating foreign language transcripts to English. Many foreign universities are also embracing GPA to create a more uniform, and homogenous, evaluation for their students who wish to study abroad.

If you are following the route of mapping out your scores, you should have a sense of what your translated GPA should look like. Since you have a fairly good idea of your scholarly standing, you should be able to determine whether a 76% final score, in English Literature from a university in India, should actually convert into a measly 3.0/4.0, as it would if you were to follow University of Chicago-Booth’s GPA conversion detailed in our article on GPA calculators for conversion to GPA: A How-to Guide.

Is the American grading system biased?

What just happened there?

The cause and consequence of this burst of happy grades, or Grade Inflation, has been famously documented in an extensive study by an eminent retired Professor from Duke University, Prof. Stuart Rojstaczer. In a couple of well-known published papers, Grading in American Colleges and Universities, and Where A is Ordinary: The Evolution of American College and University Grading, 1940-2009, Rojstaczer and Christopher Healy discuss the motivation behind this ballooning of grades, and consequently GPA, in 4-year undergraduate degrees.

To summarize, they came up with two distinct eras during which grade inflation accelerated.

The consequence of the inflation is reflected in the rather high average GPA among undergraduate students in the US. Another factor that sets students up in a grade honey trap is the overly flexible curriculum, rewarding students who enrol in easier-to-score courses with the same credit hours as compared to others who seek out more difficult courses with less chances of scoring well.

The GPA system doesn’t account for the complexity of the course or the strictness of subjective grading. And no, the rising grades have very little to do with a perceived rising intellect among students, as evidenced by SAT scores. Studies have shown that high SAT scores don’t correlate well with college GPAs.

Compared to that situation, Indian public undergraduate schools, for instance, are far less flexible and are nowhere near as expensive as US universities. Given the above biases, it seems natural to imagine that international students usually draw the short straw while competing with other US candidates who have experienced some form of grade inflation.

How are Universities tackling these issues?

Most Admissions Offices are seasoned with foreign scoring systems, and the universities that grant them. They have experience with past candidates and are quite capable of making a sound judgement. The inherent quality of a foreign score is largely dependent on the awareness of the admissions committee members and how good the rest of your application has turned out. However, as mentioned before, the quality of the overall application serves well to push the cause.

As for the grade inflation is concerned, the topic is rather contentious. In the past, Princeton University, and a few other colleges, have researched, experimented, and even implemented certain policies to rein in grade inflation. They have used various statistical approaches, including limiting the number of A’s.

However, the problem is nationwide and far more widespread than can be eliminated by small measures. Unfortunately, there is no clear consensus and the most that Graduate Admissions Committees can do, while evaluating a candidate’s future from his grades, is to not look at it in isolation.

How can international applicants manage this challenge?

The value of your application is a culmination of the various factors mentioned before – your resume, your GMAT/GRE score, your work experience, your recommendations, your essays, and even your extracurricular endeavours.

A seemingly low GPA is (A) not the end of the world as evidenced by the many low GPA success stories in MBA admissions.

And this is just our pool of experience with low GPA candidates. (B) Use your essays to highlight your achievements and the significance of the said 76% in the context of your curriculum.

Where does this score fall in the class curve? Which percentile does your score belong to?

And finally, (C) choose your recommenders wisely. An established expert, in your field, and your environment, will be able to paint a much better contextual picture about your accomplishments. Here’s a helpful read – how to manage low academic grades in MBA applications.

As an international applicant, the odds may be stacked against you, without the blessing of a university granted GPA score or the lack of a well-documented grading inflation like in the US. But you have to play your strong cards and present your case to get your application pass the sniff test.

We encourage you to visit our articles that may help you reach your goal.

Good Luck and may the force be with you!

5 thoughts on “Does American College Grading put International Students at a disadvantage in Graduate Admissions?”