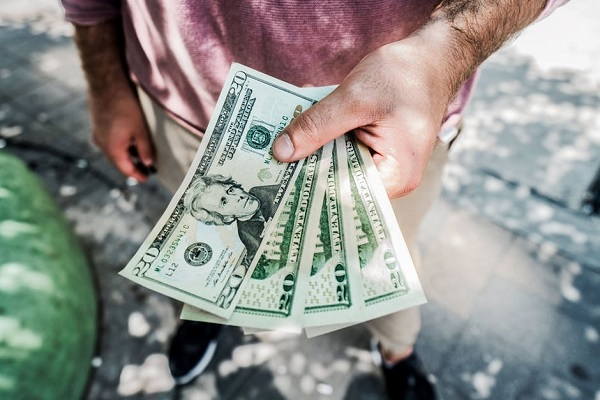 When Farah Chamma (24), an Arabic spoken-word poet from Dubai, was offered a place at Goldsmiths University, London, to study MA in Performance, she wondered how she would fund the money for tuition and other expenses without a scholarship. She turned to the crowdfunding platform Indiegogo for collecting $26,000. Farah collected a substantial amount, over $14,000 from 98 donors, and has decided to apply for scholarship again for the rest of the money she requires. Meanwhile, the university has promised to keep her place.

In 2016, when Ellie Burch, a student in London decided to do an MA in Art Psychotherapy, she took to the crowdfunding website Hubbub to raise £20,000 from friends, relatives, and even total strangers. Ellie also pledged some of the money collected to a cancer charity.

Yacine Zerkdi, a Moroccan who was living in France, raised €30,000 to do an MBA at Harvard Business School. On his GoFundMe campaign page, he pointed out that he did not conform to the HBS student stereotype.  “The statement that I wrote on my page seemed to have hit the spot.” People related to it and decided to contribute.

In India, too, students have turned to crowdfunding to launch projects they are passionate about: Abhishek Aggarwal, an IIT Delhi student, who was planning to go to Antarctica; Juhi Sharma, who wanted to pursue a graduate film course in New York; and an IIT-Bombay team, which was creating a prototype autonomous underwater vehicle, are just three who chose this funding method.

Hundreds of students like Farah, Ellie, Yacine, Abhishek, and Juhi have turned to crowdfunding to raise money for their dream projects. Many are like them, graduate students who had to try out a new source of funding in view of the mounting tuition, lack of scholarships, stiffer terms for education loans, and the impracticality of taking up part-time jobs that would dilute their academic focus.

Crowdfunding as a concept has been around for centuries. The word was coined by Michael Sullivan in 2006 with the launch of fundavlog, a failed attempt to create an incubator for video-blog-related projects. It was with the launch of the platform Kickstarter in 2009 that the term became popular.

Crowdfunding for higher education doesn’t raise that many eyebrows now as it did a few years ago. Trailblazers had starting trouble but were successful in raising a portion of the funds they required.

In 2014, a student who collected £14,000 through crowdfunding earned the name “posh brat” as some people thought she was selfish to think that she was “entitled to special treatment” among hundreds of others who deserved financial assistance. Of course, they also drew praise for their daring and innovative decision to reach out beyond family and friends to generous strangers to fund their education.

A higher education expert in the UK describes crowdfunding as a clever but an insecure initiative. The way a campaign is presented holds the key. Delivering on the promises made during the campaign and maintaining relationships with the donors/investors after the student has started the course are challenges. Often, it is the student who wants to join college for an out-of-the-ordinary program or one with an uncommon background who go in for crowdfunding.

Crowdfunding works for group projects, too. Imagine that a student team involved in a social project needs to visit another city for a survey. University funding for the project has run out and there is no money for it, let alone for the travel and stay of the student team. In such a situation, peer-to-peer crowdfunding may be the solution.

It is also an answer to the student leaders, innovators, and entrepreneurs on the campus who have creative ideas but no funds to give life to these ideas. Often, approaching their departments or universities doesn’t help when these institutions are themselves facing a funds crunch. Here, crowdfunding could bring together other students, families, professors, mentors, and alumni who want the projects to get off the ground.

Not just funds, students who start a crowdfunding campaign acquire real-world experiences in conceiving, planning, implementing, and running a project. They develop leadership and communication skills, too.

For the donors, the biggest takeaway is, of course, the satisfaction of making a small but positive impact on an educational mission. Crowdfunding helps them develop bonds with not just students but with a university or school.

For universities and colleges, crowdfunding develops a culture of giving and trust among their students, particularly young students. A student who has directly benefited from or has seen someone benefit from a crowdfunding campaign is more likely to participate in one as an alumni. Crowdfunding can also revitalize the annual giving programs of universities and institutions and provide transparency in the collection and use of donations.

Companies have established crowdfunding platforms and web portals for students who don’t have financial support from their families, or access to education loans, career-development loans, or scholarships. But students can’t just hand over their projects to these companies and go to sleep. Portals require students to put in an effort and be ready to learn how to make their campaigns successful. They also need to have an exact idea about the amount they require and how they would present their cases to donors.

While providing training, mentoring, guidance, strategies, and legal advice to students seeking funds, platforms reassure donors about the proper use of their money by making direct payments to universities. Platforms give students a certain period to conduct their campaigns on their portals, say, about 60 days. If students are unable to collect the amount required, they may not get any money at all and may have to relaunch their campaigns. Some platforms also act as a loan-broker, requesting donors to provide loans to students at below-market rates.

Students have to convince a platform to take on their project. They require a certain preparedness and should be able to communicate how a graduate degree is going to help them, when they are likely to complete their studies, and how they are going to build successful careers using their degrees as a foundation. Platforms charge between 7 and 12 percent of the funds they help raise for a campaign.

Selecting the right platform is an important task for students. They should examine the projects that a portal has helped launch, the amounts it was successful in collecting, and whether the projects were completed to the satisfaction of the donors. Among the top college-education crowdfunding portals are Crowdfunder, GiveCollege, GoFundMe, GradSave, IncitED, Indiegogo, Kickstarter, Pave, ScholarMatch, and Upstart.

According to one student who used crowdfunding successfully, reaching the first 25 percent of the target amount is the most difficult part of a campaign. Once people see a campaign’s initial success, they are more willing to give.

Why would someone fund a student’s education? Friends and family may be aware of a student’s potential and his financial circumstances and be willing to help. But it still may be quite embarrassing for a student to ask a relative if he or she would like to pay $1,000 for college books. Crowdfunding platforms provide a discreet way to appeal for donations from friends and families, through “donation-based” crowdfunding.

As part of “rewards-based” campaigns, students can appeal through the portals for donations from strangers. Typically, the donation sought from each donor is $50-$70. Students offer simple rewards, or “perks,” such as a thank-you card, a gift, and inclusion of donor’s names in project credits. For example, Farah Chamma offered audio files of her performance (for donations of $1,000), invitations to her show in the donor’s city, if this was happening ($100), customized poetry on demand ($50), and handwritten customized poems ($50).

Under “equity-based” campaigns, crowdfunding platforms try to find “donors” outside the circle of the student’s family and friends—or “investors,” if you like—who would be interested in investing in the student’s cause. In return, the students signs a “human capital contract” with the investors, agreeing to pay a portion of their income, say 10 or 20 percent, for a long period, typically ten years.

Obviously, the investors are taking a risk by betting that the student will land a high-paying job; their tradeoff is that they get a higher return on investment than from a bank deposit or other investment avenues. But it is apparently a good investment certified by none other than Warren Buffet, who reportedly said he would readily give a student $100,000 for 10 percent of her future earnings.

For the student, crowdfunding with repayment based on his income is an easier option than going in for a bank loan with fixed interest rates. A student’s decision about whether equity crowdfunding is the best way to raise money depends on the amount he needs and whether he is comfortable with the idea of offering himself as human capital.

Crowdfunding is a $34 billion industry globally, according to a 2015 estimate. A “Crowdfund Act” was passed in the US in 2012 to regulate how crowdfunding companies and their portals raise money from investors. In India, equity-based crowdfunding, where donors receive financial returns, is illegal. Donations-based and rewards-based crowdfunding are allowed for certain types of social causes and projects.

Although crowdfunding has helped many students and their families raise small loans from investors across the world, they should carefully consider the law, examine who the investors are, and what amount they will end up paying over the years.

Universities across the world, including those in the US, UK, and the rest of Europe, have set up crowdfunding portals for their schools and departments. UFUND, for example, is the crowdfunding platform of American University, Washington, DC, which supports projects for students and faculty.

USEED provides a platform for students and faculty from 40 universities in the US, Canada, and Australia. In the UK, the University of Oxford, University of Manchester, and Essex University, to name only a few, have their own platforms.

MBA aspirants themselves have launched crowdfunding campaigns. Jayanth Kashyap, from Hyderabad, who received an admissions offer for MBA at Oxford Säid, collected £12,000 through crowdfunding after loans and family assistance fell short of the amount required.

Surely, those who once derided online crowdfunding as “cyberbegging” must now be looking for a place to hide.