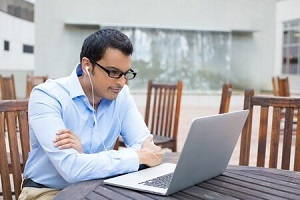 Looking for a master’s degree that will definitely pay off? It might be time to consider a Masters Degree (MS) in Management Information Systems (MIS).

Forbes certainly did – and they rank it sixth on their list for best master’s degrees for jobs, with an early career salary of $64,400. And, while doing their 2014 research on this degree, they found that 100% of MIS graduates had secured employment within six months of their graduation.

It’s important to keep in mind that the early career salary cited by Forbes is really just the jumping-off point. Some universities suggest higher starting salaries for their MIS grads.

For example, the University of Cincinnati’s latest employment report lists an average starting salary of $71,500. That figure jumps to $77,665 for University of Utah grads and all the way to $81,528 for those holding a Texas A&M MIS degree.

And, new jobs are opening as this sector continues to expand.

Between 2016 and 2026 (in the US alone), job growth is pegged at 12% for Computer and Information Systems Managers, which is faster than average and expected to open 44,200 new jobs over this period. Management Analysts have an expected growth of 14% which translates to 115,200 new job opportunities.

Considering that MIS degrees are usually classified as STEM degrees, international students shouldn’t worry about exclusion from these statistics as this classification allows for the longest possible OPT status post-graduation.

And, that STEM classification holds up at most universities, even when the MIS degree isn’t housed in the engineering department – which many aren’t.

MIS degrees and the emergence of iSchools

Traditionally, data systems (whether development or analysis) have fallen under engineering departments as they’re so closely related to the computer systems that house them.

In recent years, with the emergence of big data, more attention has been paid to the analysis of data for the purposes of decision making. Management courses began incorporating aspects of these programmes to provide future business leaders with the tools they need to use such extensive data.

The management of information systems is continuing to grow and specialise, almost forcing universities to consider information as separate department to both engineering and business, even though MIS grads pull from both disciplines.

The department MIS degrees fall under isn’t the only difference from MBAs. Like MiM, MiF and MSBA students, MIS candidates are often younger, with fewer years of work experience.

And, perhaps more importantly, the tuition fees for MIS programmes are significantly less than MBAs are expected to pay.

Tuition for MIS at top schools often falls between $20,000 and $30,000 per academic year which is often half the annual tuition for MBA degrees at the same schools, even though some of the curriculum naturally overlaps.

And, while it’s usually not as drastic, MIS degrees are usually less expensive than MS Engineering degrees (which also share content with MIS programmes).

Another difference is the duration and intensity of MIS coursework. While some degrees take two years to complete, some MIS programmes are accelerated into one-year or 18-month formats allowing students an opportunity to reduce costs and pursue employment sooner than you might find with other masters degrees.

All in, reduced investment costs, coupled with growing employment statistics and better than average salaries offers students interested in MIS degrees strong Return on Investment (ROI). Why not calculate the ROI you might see with the Prodigy Finance calculator?

And, once you’ve decided that an MIS degree is right for you and applied to your dream school, head back to the Prodigy Finance website to see if you qualify for a no-collateral, no-signer loan for international students.

As you would expect, loans are available for MIS programmes at supported universities so you can focus on your studies – not on finding the financing for your education.

If you’re already accepted, why not apply for a Prodigy Finance loan now?

Author Bio: Rishabh Goel is Country Manager for India at Prodigy Finance. He studied Economics & Engineering at BITS and did his Masters in Management at London Business School. He has helped Indians excel at GMAT/GRE and mentored students to attend top schools globally.

About Prodigy Finance
Prodigy Finance is the pioneer of community-based student financing. To date, the company has funded students from 115 countries with repayment rates in excess of 99%.