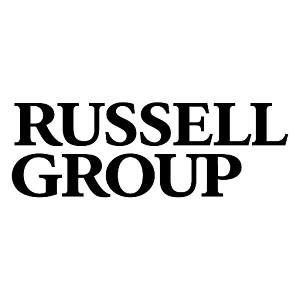 In 1994, when Hotel Russell in Russell Square, London, hosted a meeting of the representatives of 17 research universities, its management might not have realized that their organization would give its name to one of the most prestigious university groups in the world.

The meeting, and a few that followed, laid the foundation of the Russell Group, now an association of 24 public research universities in the UK that conduct high-quality research, offer world-class teaching, and build strong links with businesses and the public sector. These universities, considered the best in the UK, have substantial cultural, social, and economic impact locally, nationally, and globally.

The principal objective of forming the group was to represent its members’ interests before the government. The wider objectives of the Russell Group today are to lead the research efforts in the UK, maximize the earnings potential of the members, bring the best staff and students to the members, reduce government interference, and establish a culture of collaboration among the members. In pursuit of these objectives, the group lobbies the government, commissions studies, and creates a platform for discussing issues and collaborating among members.

As of 2010, the Russell Group received about 65 percent of all university research grant and contract income in the UK.  The group has an average annual income of £688 million and a total economic output of over £32 billion per annum, which is 44 percent of the total economic output of the UK university sector, though the group makes up only 15 percent of the sector. The group records overseas earnings of £4 billion per annum and accounts for 300,000 jobs in the UK.

Converting research into innovative products, the group generated over £86 million in 2015-16 in intellectual property income, which was 49 percent of such income earned by UK universities. The estimated income of companies formed from the Russel institutions was £644 million in 2015-16.

Four years later, Cardiff and King’s College London joined the group; in 2006, Queen’s University Belfast, and in 2012, Durham, Exeter, Queen Mary University of London, and York became members. Twenty of these universities are in England, two in Scotland, and one each in Northern Ireland and Wales.

The Russell Group also produces its own publications and case studies to explain key issues and to illustrate its policy premises.

According to the QS World Universities Rankings 2018, four of the top ten universities in the world, 15 in the top 100, and 24 in the top 250 are Russell members.

In the QS World University Rankings 2018, the University of Oxford was the top global university, with Cambridge University occupying the fourth slot in the global rankings, and the Imperial College London the eighth slot.

The universities in the top 10 of the Complete University Guide 2018 that are not part of the Russell Group are St. Andrews (third), Lancaster (ninth), and Loughborough (tenth). The non-Russell universities in the Guardian list are St Andrews (third, 2018), Bath (fifth), Loughborough (sixth, shared with Imperial College), Lancaster (ninth), and Surrey (tenth, tie with UCL).

The Russells each have their own entry requirements, and requirements may vary from course to course and university to university. Information is available on universities’ individual websites and on the UCAS website. A good grasp of the English language is essential for students attending the universities, and the universities require applicants to achieve a specified level in approved international tests such as the IELTS. Again, the requirement varies between universities and the language demands of courses.

The Russell universities make their admissions offers based on three A-level grades. However, some institutions, such as Cambridge and LSE, require an AS-level, too, and applicants are well-advised to check the entry requirements on their websites. As UK universities use the knowledge the students have already gained in school as the foundation of their courses, choosing subjects for A-level is vital. Of course, it is also important to get good grades. For example, a student aspiring for an engineering degree needs to pass mathematics and physics at A-level with top grades.

Some A-level subjects are common requirements across many courses, and they are called “facilitating subjects.” They are biology, chemistry, maths and further maths, physics, history, geography, English literature, and modern and classical languages. By studying two facilitating subjects at A-level, students can keep their degree course options open.

With the exception of English and maths, and in a few universities, a modern foreign language, the Russell Group does not have any universal entry requirements of GCSE subjects. Some medicine and engineering courses require three facilitating subjects, some require one or two, and some none.

For postgraduate courses, such as an MBA at Cambridge, the entry requirements may include an undergraduate degree, three years’ work experience, GMAT/GRE score, TOEFL score of at least 110 or IELTS score of at least 7.5, and, of course, visa. There is no limit on the number of visas, and an applicant who has been admitted to a Russell Group university normally is issued a visa.

Easiest Russell University to get into

The University of Liverpool, Cardiff University, Queen’s University Belfast, and Queen Mary (University of London), which occupy the 38th, 37th, and 36th, and 35th positions in the 2018 in The Complete University Guide 2018, may be the easiest Russell Universities to get into. However, they are still excellent study destinations. Liverpool, for example, is ranked among the top 1 percent of high education institutions worldwide, according to the Complete Guide.

According to the Guardian list for 2018, Cardiff University (average UCAS entry tariff of 149.4; see link to the Complete University Guide league-tables), the University of Liverpool (150.4), and the University of Southampton (151.3), Queen Mary (151.9), Queen’s Belfast (153) are the easiest Russell universities to get into.

Global rankings are one indicator of how the Russell Group fares against the Ivy League institutions. In THE’s World University Rankings 2016-17, the top-rated university is Oxford, followed by Caltech, Stanford, Cambridge, and MIT. The next five? Harvard, Princeton, Imperial College London, Swiss Federal Institute of Technology, and University of California (Berkeley) and University of Chicago. You may say “Russell, three, Ivies, two,” quite in the style of English football radio commentators.

Now to selectivity, and the offer/acceptance rates of three Russell biggies. Cambridge has an offer rate of about 34 percent, Oxford 25 percent, and LSE 37 percent. The rates go steeply higher from there—from Edinburg 49 percent to Newcastle 92 percent, according to the Complete University Guide, 2017. Compared to this, Harvard has an acceptance rate of 5.3 percent, Columbia 6.1 percent, and Yale 6.5 percent. The Ivy with the highest rate among the eight universities is Cornell at 14.9 percent. So, in selectivity, the Ivies seem to have scored.

Perhaps, the smaller Russells take away some of the glamor of the group in a comparison with the Ivies. Someone suggests on an Internet forum that the top eight Russells should be compared with the eight Ivies, and not the group as a whole: that is, Ivies versus Cambridge, Oxford, Imperial, LSE, UCL, Edinburgh, Bristol, and Manchester (or Durham and Warwick/KCL instead of Edinburgh and Manchester).

“Red Brick universities” are the nine civic universities founded in England in the 19th century that admitted students without reference to their religion or background and stressed imparting practical skills instead of academic knowledge. When they came up in the main industrial cities of England, older, traditional universities at the time used the term derogatorily, to mock the Red Bricks as the new kids on the block. But things have changed, and eight of the Red Bricks are now part of the reputed Russell Group.

The term “Red Brick universities” was first coined by Edgar Allison Peers in his 1943 book Redbrick University. He was inspired by The Victoria Building of the University of Liverpool, built from red pressed bricks. However, according to the University of Birmingham, it is its Chancellor’s Court that inspired the coinage “red brick.” Birmingham was also the first of the civic universities to gain independent university status in 1900, before Liverpool got the status in 1903, and lays louder claim to the coinage.

The Red Bricks that are part of the Russell Group are the Universities of Birmingham, Liverpool, Manchester, Leeds, Sheffield, Bristol, Nottingham, and New Castle. The University of Reading, a Red Brick institution, is not part of the group.

The 1994 Group was set up by smaller, research-intensive universities in the UK to defend their interests following the formation of the Russell Group. Initially formed by 17 universities, many institutions left the group and joined the Russell Group. The 1994 Group was dissolved in November 2013. Around that time, Lancaster was the highest ranking university in the UK, with 11th or 12th rank, followed by Leicester and Loughborough.