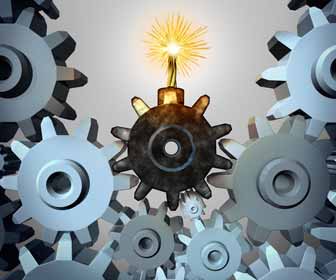 Robert Frost said that by working faithfully eight hours a day, you may eventually get to be the boss and work 12 hours a day. New business graduates don’t have to wait very long before they can get to do long, hard hours. They can do so right at the start of their careers. A few weeks into their jobs, fresh MBAs get to eat, sleep, and pray at their desks.

Poets & Quants reports a survey by TransparentMBA, a startup founded by Chicago Booth students, which gathered data from 700 MBAs from 80 b-schools worldwide to give us interesting facts about work hours, salary, and lifestyle of fresh b-school graduates. The survey results show that a majority of them go well beyond the traditional workweek of 40 hours, putting their work-life balance to some serious risk.

But people go to b-schools because they want to do “great things,” earn great salaries, and achieve positions and prestige, not because they want keep their evenings free for family and friends. Indeed, most of them, or many, achieve their career objectives. So let’s talk about hours and wages, first. We can come to work-life balance later (Is life after MBA hectic and stressful?).

Obviously, some sectors and companies are better than others when it comes to hours and wages. In fact, hours and wages vary widely from sector to sector, and among companies. TransparentMBA’s survey provides clues to students and fresh b-school graduates about where their best deal might be in terms of average hours required, hourly wages, and annual salary.

So, here: if, as an MBA student/graduate, you are looking for a great salary but want a workweek not much longer than the traditional one, then a job related to private equity (PE) would suit you best (the survey stresses that it is the PE ‘job function‘ that is being referred to here, not the PE ‘industry‘). Fresh MBAs doing PE work put in 50 hours a week for an excellent annual salary of $223,000 ($86 an hour).

You’re ready to work a little beyond 50 hours for a better pay? Then, choose an investment-management job function: clocking 58 hours (18 hours more than the traditional week), you will pocket a very healthy $210,000 annually ($70.05 an hour).

We all love sports, leisure, and recreation, but what if you land a job in a company doing business in one of these sectors? Work will be play, right? Well, quite possible: these sectors demand an average of only 40 hours from new MBAs, and you might well find ample time to indulge your passion.

As we said, an hour’s work is better rewarding money-wise in some industries than in others. The real-estate industry, which pays $87.46 an hour to its new MBAs, tops the list (however, keep in mind that top real-estate firms recruit MBAs with PE backgrounds, so it’s not experts in real estate who are making so much).

All well-known corporates are sweatshops, right? Wrong. Surprisingly, some of the usual suspects have quite reasonable work hours. Microsoft, General Electric, PepsiCo, and 3M reportedly demand only 43 to 45 hours of new MBAs’ week, very near the traditional week. At Apple, the workweek is 52 hours, and at Facebook, it is 53. At Amazon, it is 54, which is the median workweek for new MBAs (the median hourly wage is $54), according to TransparentMBA.

Nevertheless, there are quite a few giants lurking at the other end of spectrum. Goldman Sachs keeps its MBAs in a tight embrace for 86 hours a week, Barclays for 73, McKinsey and Co and JP Morgan for 72 hours, Morgan Stanley for 70, Boston Consulting Group for 63, Accenture for 61, and KPMG for 60. There may be a little less breathlessness at Bain & Co. (58 hours).

Bain’s use of a ‘home office’ system for MBAs to bring down commuting time helps. But in investment banking and PE, widely perceived as slave-driver sectors when it comes to timings, a home-office or work-from-home system may not always loosen the leash for MBA employees. The reason is that often, in the final analysis, employees end up working longer hours.

New MBAs quickly discover that competitive salaries (the median salary for new MBAs is about $150,000; that is, $54 per hour X 54 hours per week X 52 weeks) do not come with any assured maximum daily or weekly work hours. Those with family commitments and those with interests that can be turned into money-making ventures break out to form their own companies. There will be no one to mind their hours, and all those great ideas and all the hard work can benefit them directly.

The long working hours have made the pursuit of “work-life balance” so difficult that the term itself seems to be losing relevance among MBAs. Now, an alternative phrase, “work-life integration,” is increasingly being used. Just a clever coinage? Perhaps.

Non-MBAs and those with “ordinary” careers and jobs are unable to understand what the fuss is all about. They don’t shed tears reading about the endless workweeks of MBAs: “These guys knew what they were getting into, didn’t they?”

Some pragmatic MBAs, too, say just that. A business graduate on the GMAT Club forum says MBAs who want to advance to senior management shouldn’t dream of 40-hour weeks or, for that matter, freedom from travel. People should opt for MBA and corporate management careers with both eyes open to all the pluses and minuses. Work-life balance is not the only thing in the world. You also need to worry about repayment of your education loans and about ROI calculations of doing an MBA from a top school, forum participants point out.

How’s the scene for MBAs in India who graduated from top schools in the country? Are they happy and contended? Or have they only come to terms with their busy lifestyles willy-nilly?

Anecdotal evidence suggests that something that largely resembles work-life balance exists among MBA employees of at least a few top Indian companies. These companies make an effort to give their MBAs some personal time during the week.

Many MBAs working in the Indian offices of a few overseas companies in some sectors (investment banking, for example) are probably not so lucky. Suffice to say that they may have a lot of money to burn but not enough time to light a flame.

Are their careers a life-long struggle for MBAs the world over? An article in Forbes India, reproduced from “INSEAD Knowledge,” which discusses a case study on MBAs’ lives 10 years after graduation, answers the question. INSEAD Professor Jennifer Petriglieri along with her colleague and husband Gianpiero Petriglieri mapped the career paths and personal pursuits of 19 students of the class of 2002 in their “Memoires of Life and Work a Decade after an MBA.”

Blowing away popular perception, the study found that not all MBAs are engaged in a relentless scramble for money and position all their lives. Sure, they work really hard for professional achievements, but they also take care not to lose sight of the little joys of their own private worlds. Work-life balance is not just about time management but also about the “energy” between various interests, according to Jennifer.

“No one on their deathbed has ever said ‘I wish I had spent more time at the office’” is a line that’s often used to counsel workaholics. Luckily for them, many young people seem to have realized the wisdom in the quote well before they require counseling. No wonder that millennials (those born between 1980 and 1995), particularly, are rejecting job offers that include never-ending workweeks, according to a 2013 Bloomberg article.

The article refers to a survey conducted by PricewaterhouseCoopers, University of Southern California, and London Business School of PwC employees in 2011 and 2012, which found that work-life balance is a priority for younger employees. Companies are trying to allay their concerns on this score by introducing telecommuting, a shorter workday every week, and flexible summer schedules.

A few older MBAs, too, have given up high-profile jobs for a more relaxed work schedule. Some others have started their own ventures. They put in as many hours as they faithfully did in their previous jobs but are happy: as Frost predicted, they have eventually become the boss—their own boss.

3 thoughts on “How many hours per week will you work after MBA?”