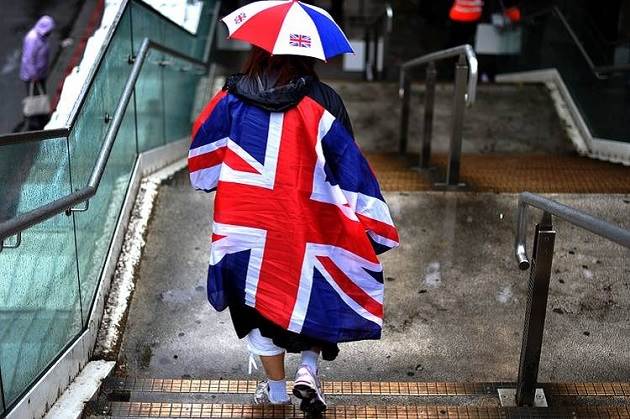 The implementation of the Brexit vote — in which Britain favored an exit from the European Union (EU) — is hardly going to be as quick as a hotel checkout. It will take at least two years of negotiations for Britain’s decision to take effect. Meanwhile, the UK’s position in the EU and its relationship with the EU member-states will likely remain as it has for over four decades.

But we can see some long shadows emerging in the distant horizon. For one, Brexit may affect Britain’s image as a center for higher education. The UK is home to 14 of Europe’s top ranking business schools (as rated by Financial Times), and the anti-EU vote may reduce some of their charm to students from outside that country. This will be a big blow to the UK’s b-schools as 51 percent of their MBA classrooms comprise foreign students.

How will Brexit affect international students in the UK

Stricter immigration policies following Brexit will prevent students from being able to stay on in the UK for a job after their studies in that country. Work visas are important for Indian students, as they go to UK after taking huge loans and hoping to land a higher-paying job in that country that will help them repay their loans more quickly.

This was at a time when the number of students opting for the United States was increasing. If Brexit has a big fallout on the UK economy, job opportunities for international students will decrease, and the UK will become less attractive for Indian students as a destination for further studies.

When Brexit comes into force, European students going to the UK for further studies will also be considered as immigrants, and therefore, visas to them will be counted in the total number of immigration visas, for which there is a maximum limit. This will reduce the scope of issuing visas to non-EU students including Indian students.

Foreseeing this complication, UK universities have been, even before Brexit, demanding the exclusion of international students from the quota for immigrant visas, Carly Minsky, student content editor of the London-based weekly Times Higher Education, points out.

Tighter immigration laws will not only hamper the efforts of UK universities and b-schools to bring student talent from other countries but also lessen its capacity to attract expert international faculty.

This will have serious consequences for these institutions, particularly b-schools, since a good number of them engage teaching talent from around the world. Some schools have a predominately international faculty — for example, 60 percent of the faculty of Oxford University’s Saïd Business School hails from outside the UK.

Brexit is widely expected to have an impact on tuition fees for foreign students. The international-category fee will depend on the value of the pound sterling. If the Indian rupee, for example, holds its own against the pound, Indian students will reap the advantage of being able to pay the same fees.

On the other hand, if the value of the pound continues at lower levels (it has recovered slightly after a ten percent initial fall), higher education for Indians in the UK will become cheaper.

An article in Times Higher Education (THE) quotes the president of the European Students’ Union, Fernando M. Galán Palomares, as saying that the movement of students between the EU and the UK might drop dramatically post-Brexit, because of higher tuition fees and unfavorable visa rules in the UK.

If this happens, UK universities will face a drastic fall in revenues, which will launch all-out efforts to try to attract students from outside the EU, including from India.

BusinessBecause refers to a PwC estimate that predicts that Brexit will cause the loss of thousands of financial services jobs in London. A large number of banks operate from the UK to access the European financial services market, and the “leave” vote may force them to exit the country and set up shop in a city that is a part of the EU.

If UK declines as a hub for business management education, and the availability of MBA talent starts to dry up, companies will be hard-pressed to find candidates for positions in the country. The b-schools’ partnerships with European institutions (for example, the London Business School has a tie-up with HEC Paris) will also suffer.

However, the Indian market is too attractive for UK universities to adopt a “like it or leave it” stand. Besides students for their postgraduate programs, universities are now also trying to catch the eyes of Indian students for undergraduate studies. But, like the English football team, they have enjoyed only mixed success in the recent past.

Despite all the sound, fury, and uncertainty caused by Brexit, UK university representatives will continue to arrive in droves in India, come the admissions season.

The Indian student cohort is the second largest in the UK (18,000) after China (90,000), a figure that has fallen for two consecutive years now. After Brexit, and depending on its fallout on the UK, universities in Ireland and Scotland are likely to mount renewed campaigns to attract more international students, including Indians.

In order to retain their position as all-time favorite destinations for Indian students, UK universities and other agencies including the British Council might increase funding for students as a countermeasure.

Optimistic students can hope that the number of scholarships and the quantum of aid under various schemes, particularly those being implemented by independent organizations, will increase or at least remain at previous levels. What seems more likely is the scrapping of EU-associated scholarships for study in the UK.

Options other than UK

One additional effect of Brexit and the discussions about the higher education scene is that opportunities in the EU countries may take a new shine in the carefully drawn-out plans of Indian students. The UK has been a favorite place mainly because all courses are taught in English.

But now, with many universities in Spain, France, and Germany offering programs in English at competitive fee structures, Indian students may dump the UK for these countries, which would give them a chance to learn languages and experience cultures that are still quite exotic to them. Or they may even think of the US or Canada, which won’t be poor choices at all.

The situation is still fluid, and THE’s Minsky advises Indian students against making hasty decisions with regard to whether or not to pursue higher education in the UK. There may certainly be big policy changes with respect to tuition fees, research funding, movement of students, across Europe, work visas, and immigration, but they will not be evident until after the Brexit negotiations are done and dusted in two years. So why jump the gun?

There’s another problem for UK universities related to their possible isolation. More curbs on immigration will affect the diversity of their campuses. This will likely tarnish the UK’s image as a hub of higher learning and make it a less attractive destination for international students.

During our interaction with the representative of a top UK MBA program, we asked if they’d be interested in a Q&A to address some of these concerns that international students have. We did not hear back from them. So we’re ending this article with an open invitation.

If you are part of the admissions or careers team of any leading UK or European business school with views on how Brexit will impact your operations and what your students can expect in the months & years to follow, we’d encourage you to post your views in the comments below.