Some MBA applicants from India are very clear from the very start about the country they want to work in. They choose all their target schools accordingly. For instance someone who finds Australia a great place to work and live in, would naturally choose the top MBA programs in Australia like AGSM and Melbourne Business School.

However, there are also several applicants who apply to business schools in different countries, as each location has its unique takeaways.

Rohit Kumar adopted the latter application strategy and reached a stage where the choice was as much between countries as it was between business schools.

MBA in Australia vs UK (AGSM or Oxford) 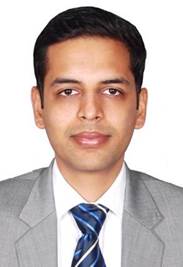 After class 10, I wanted to study engineering from an IIT but as fate would have it, I ended up going to the University of Sheffield in UK, after making one unsuccessful attempt at cracking the hallowed JEE.

I graduated from Sheffield in 2011 with a B.Eng in Materials Science and Engineering with a par grade on the course (UK equivalent of 3.5/4). I also managed to secure an internship in the Engineering and Industrial Services vertical of TCS UK where I worked for around a year, hoping to transition into a long term role in the near future.

However, the economic situation in Europe at the time coupled with the general lack of demand for fresh undergraduates meant that I returned to India in 2012. Even before I returned though,

I reached out to my network in the UK and learnt about a vacancy in a new JV project of Tata Steel and Nippon Steel. I joined the JV as an Operations Manager and worked there for two years.

I eventually left this organization when I got the chance to work in the institutional sales & marketing vertical of Berger Paints.

Eager to have come across an opportunity to learn new professional skills, I joined Berger as an Area Sales Manager and have been in this role for almost two years now.

It was towards the end of my stint at the JV project of Tata and Nippon that I started to realise the value of an MBA degree.

For starters, almost all of the top level managers in Tata Steel held some form of a business degree or the other, if not a traditional MBA. The correlation between career growth in Tata Steel and the possession of an MBA degree was hard to miss.

The importance of an MBA degree became even more apparent to me when I joined Berger Paints. Except for a very minor proportion, almost everyone in the business functions of the company – from junior management to the Managing Director – had an MBA degree.

People with better MBA degrees were almost always working in or being groomed to work in the corporate office as a part of the core think tank that directed the company’s regional level sales & marketing activities.

Fuelled purely by ambition, I first made a half-hearted attempt to prepare for MBA admissions while still in Tata Steel but it was after joining Berger that my preparation game became stronger.

I started studying for the GMAT in December 2014. I had a demanding job that required me to travel a lot so I knew I could spare only 2-3 hours a day at best in preparing for the exam.

I quickly went through the GMAT Official Guide and completed one round of basic preparation by the end of February 2015. By this time, I knew my strengths and weakness like the back of my hand.

I had a lot of work to do in Data Sufficiency and Critical Reasoning – the usual suspects. For the next three months, I scoured the internet for material and obsessively solved sample questions on any and every forum of repute that I could find.

I revised the entire Official Guide and completed its problem sets a second time. I also made it a point to practice under timed conditions and wrote a mock test roughly every week.

High on decent GMAT Prep scores, I gave my first attempt of the official exam in June but ended up with a less than satisfactory score of 700. I took a week off to recuperate and decided to retake the exam a month later in order to improve my score.

I spent this entire time only on attempting mock tests and then analysing them thoroughly. In my second attempt, I ended up with an only slightly better score of 730 but this was good enough for me.

With the GMAT out of the way my biggest challenge was to narrow down which B-schools to apply to and figure out how to approach the rigmarole of writing convincing essays, arranging for referees to write me recommendation letters, and preparing for MBA interviews.

All I knew at this stage was that I was mentally prepared to endure the rigours of a one year MBA course in exchange for the reduced opportunity cost that I would incur, considering the fact that I already had almost five years of experience under my belt.

But there was a plethora of choices and I was unsure about how I would stack up against the competition for limited seats at differently ranked B-schools.

Also, I was simply unable to convincingly and coherently answer the three standard questions every B-school applicant is faced with: Why MBA? Why now? What after?

I considered hiring a consultant for help but while searching for answers to my questions I stumbled upon the MBA Crystal Ball Website.

I learnt about their MAP package and based on the quality of their published content, I decided that I would give it a try because it didn’t cost too much and I wondered what harm could it possibly do. I set up an appointment without very high expectations and signed up.

I was connected to Manish Gupta (better known as MG) of the MBA Crystal Ball team and started my interaction with him by answering a short questionnaire.

In the follow up discussion that I had with him over the phone, my entire basis for wanting to pursue an MBA degree was put to the test and, honestly speaking, there were several cracks in my approach that needed to be repaired.

Armed with honest guidance and advice from MG, I deliberated on the three essential questions once more. I was compelled to deeply introspect on my career choices and ambitions in order to coherently answer those questions.

After successfully coming up with a revised and more elegantly presented plan of action, MG helped me create a customised set of target B-schools, ranked from safe to stretch, based on likelihood of admission by considering factors such as: nationality, age, education, GMAT score, work experience, international exposure, post-MBA goals, interviewing competency.

I ultimately shortlisted five B-schools based on global reputation and suitability with my professional and personal ambitions: INSEAD, ISB, Oxford, Cambridge, NUS & AGSM.

The first five choices were easy as these were all tier-1 B-schools offering a one-year course. Aside from this, all these schools have strong recognition in the India-ASEAN market, which is where my long term professional interests lie.

I chose AGSM as a backup school in case my plan A didn’t work out – obviously joining here would have been a lifestyle preference based choice more than anything else.

After making my career & B-school MAP with MG’s help, I moved on to building my applications.

Impressed with the clarity of MG’s guidance, I requested him to take me on as a client for his essay editing service.

I prepared the drafts of all my essays and MG thoroughly proofread each one of them for me. I then got invaluable guidance from MG on how to project my best self to the admissions committees.

After countless edits and revisions, I completed each application package one by one. An unexpected but useful takeaway from my over one-month long interaction with MG in connection with my essays was that I ended up learning to write much better than I could before.

I always had a good vocabulary and sense for grammar but I learnt how to: cut the fluff and keep it simple, structure my ideas better, and use direct language when writing.

All this made for a steep learning curve in working with MG and by the end of it, the process had become a lot easier and my cycle time for turning out applications reduced considerably from when I started.

I soon started receiving my first set of interview calls and reached out to MG again to conduct MBA mock interviews for me. It might not suit your taste initially, but MG has a very probing and blunt style of asking practice interview questions that force you to introspect and research better.

The undeniable advantage of this style is that, should you be asked even a partially similar question during the actual interview, you will know exactly what to say.

In addition to the initial mock interview, I received a detailed review of all the answers I gave as well as tips on how to improve my body language, specific tips for Skype interviews, a massive questionnaire of questions to expect in the interview, and a second mock interview to implement the learnings from the first session.

FINAL RESULTS AND DEALING WITH THE DILEMMA

In the end I received interview calls from all the B-schools that I applied to except INSEAD.

I fared well in them and made the final cut for Oxford’s Saïd Business School and AGSM.

I also received a AUD 25,000 (Australian Dollars) scholarship from AGSM. I started my MBA journey with the desire to gain admission to at least one of my top four B-schools and when the Oxford admit came through, I decided to withdraw my NUS application.

The choice between Oxford and AGSM (with a substantial scholarship) was not easy, more so since I had first hand experience of competing in the UK job market as a fresh undergraduate.

Also since the scrapping of UK’s post-study work visa, Australia seemed to be a more employment friendly country (at least in theory) (International student life in Australia: What to expect).

But after careful consideration and extensive deliberation, I have decided to accept the offer from Oxford and will be matriculating in September 2016.

The reason I have made this choice is that Oxford’s B-school ranking is clearly much higher than AGSM’s. Oxford has a proven track record of providing world-class education for close to 1000 years now and its (newer) B-school is bound to benefit from this legacy.

In Oxford, I would also have the opportunity to study under distinguished academicians in the field of business education as well as have access to secondary resources such as the libraries, the Collegiate network and the wider Oxford network.

I now eagerly look forward to an enriching year of studying and meeting an interesting cohort at one of the finest academic institutions in the world.

In conclusion, I would like to offer the following advice to prospective applicants to Indian and foreign B-schools:

If I have missed something or you would like me to explain further, please leave a comment and I will get back to you as soon as possible. Happy applying and all the best! 🙂

18 thoughts on “MBA in Australia (AGSM) vs UK (Oxford): Choosing between countries and bschools”