Learning German, French, Spanish, Japanese or any other language can give you an advantage that no technical or managerial skills can replace. The ability to connect and interact with colleagues, clients and friends from another culture is a huge ice-breaker.

After completing my MBA, I worked for a German company (in India) for 5 years. This involved frequent trips to Germany. So in the first few months after I joined, I spent several hours each day to learn basic German from Anjali Patil, a highly accomplished German teacher from the Goethe Institut.

She has been one of the most patient teachers I’ve ever come across. It’s tough to manage a bunch of over-grown brats in the corporate class, but Anjali did it with poise and elegance. The end result was, after the course, we were able to manage not only our Germany trips well, but also the numerous email chains that would often shuttle between English and German content. 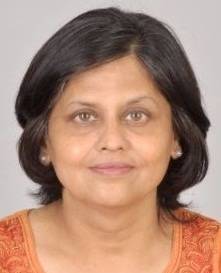 Language learning is not new to Indians. With numerous regional languages and a higher education system based on English, every school-going child knows at least three languages. Even illiterate people in India are often bilingual or multilingual.

Thanks to our colonial past even foreign languages have a long tradition in India, all the same not many opted to learn a foreign language say 25 years ago. Barring the selected few in tourism, shipping, foreign collaborations, etc people really had no use for one more language!

Globalisation brought about a sea-change in this attitude, primarily because of ITES and Outsourcing which opened up several job opportunities. Today we see many youngsters who learn French, German, Spanish, Japanese, Chinese, Italian, etc. This has been a growing trend over the past 10-12 years.

GERMAN is the most widely spoken language in Europe and the official language in three countries -Austria, Switzerland and Germany and it is understood in many others. As Germany is Europe’s economic powerhouse, the language gains additional significance in the context of international trade and business. Since German belongs to the family of Indo-European languages, one finds many similarities to Indian languages which make it easier to learn.

Where can one learn German?

SCHOOLS: As a result of PASCH an initiative of the German government, the German language has now been introduced in several schools. One can learn German in several international schools –IGCSE and IB – as well as the Kendriya Vidyalayas and ICSE schools.

COLLEGES:  Major Indian universities have a German department and offer a BA/MA in German. The more prominent ones being JNU, New Delhi and CIEFL, Hyderabad. It is also possible to study German at the plus 2 level as a second language.

GOETHE INSTITUT/MAX MUELLER BHAVAN: The Goethe Institut has been operating in India for over 50 years. Named in India as the Max Mueller Bhavan after the famous German Orientalist, it is present in many Indian cities. Here it is possible to learn German by audio-visual methods and take internationally recognised exams according to the CEFR. There is a lot of emphasis on spoken German as well as hearing comprehension of the language as spoken by native speakers.

What are the possible career options & the average salaries?

There are several options depending on your interest.

Teaching : An MA in German equips you to teach at various levels. The Goethe Institut has its own teachers training for which the prerequisite is a good grade at the C2 level. This is a rigorous training programme for German teachers involving both theory and practice which stretches over a year and a half, followed by a short stint in Germany. The Goethe Institut has recently also introduced a teachers training in cooperation with IGNOU and the University of Vienna. This is primarily aimed at training teachers for schools and the required qualification is therefore a B1. It is mainly a distance-learning programme.

Teaching provides one with a lot of flexibility and two vacations a year! It is possible to earn a minimum of 20 000 per month, depending upon whether you have a job are paid by the hour. One option is also to take up private coaching.

Hospitality: A foreign language along with the necessary qualifications in this field will take you a long way, be it in tourism, hotels or travel. A basic knowledge of German at level A2/B1 should be sufficient for this purpose.

Translation : is in great demand today especially in the IT industry. There are a few translation courses being conducted in India, but the profession has not really matured yet. There are far too many people who are in the market as self-styled translators.

A good translator should have an excellent command of both the languages—the source language and the target language. It is important to remember that one has to translate the content and not the literal words. Otherwise there is always the danger of being lost in translation! A translator has to be a well-informed and well-read person as his work can relate to any field ranging from Finance to Tourism, from Law to IT.

Online dictionaries, translation tools and the computer itself have taken the backbreaking labour out of translation. Since charges are generally per word, translation can be a lucrative field for an established professional.

Translators are generally paid by the number of words; the rate ranges between Rupees 2.00 to 4.50 a word. Rates are higher in case of English-German translations. Unfortunately this field is dominated by vendors who merely outsource the work to random people in the market. The IT industry is another major employer, salaries range between 1.5 to 9 lakhs depending on how many years you have been translating. Here again the salaries are not really based on the skills/qualifications/experience but seem to vary greatly from place to place and the candidate’s ability to negotiate plus his last CTC.

Interpretation : A skill required by all from politicians, businessman to a tourist travelling in a foreign land. Communication is often impossible and there would be no pacts and business deals without the interpreter! This is perhaps the most challenging and demanding profession in the linguistic field. A vast vocabulary and mastery of both languages, as well as knowledge of both cultures is vital. An interpreter has to think fast on his feet and has no access to dictionaries.

Interpreters could earn in the range of Rupees 500-1000 per hour, depending once again on the level of skills.

Add-on! Learning German or any other language for that matter does not mean that you have to become a language professional. In the era of globalisation one more language gives you an edge over others whether you are a CA, a lawyer or an MBA. German companies have a strong presence in certain sectors like automobiles, engineering, chemicals, pharmaceuticals and medical equipment; by which I do not necessarily mean the multinationals but also several medium scale enterprises. The Indo-German Chamber of Commerce has offices in all major Indian cities. The IGTC conducts a post-graduate programme in business administration, where the students undergo training with German companies. As the alumni are often recruited by German companies, knowledge of German is a great asset for anyone who wishes to take up this.