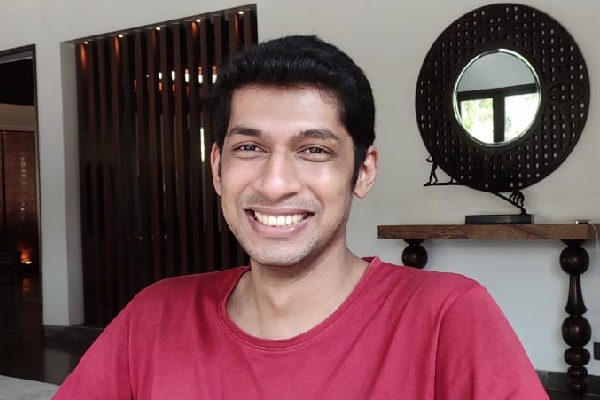 It’s natural to expect an author to have a superior vocabulary and better writing skills than the average person on the street.

So what was it that prompted Aakash Borwankar, an author whose novel has been read by 70,000 readers, to reach out to an MBA admissions consulting team for professional help, as opposed to managing it himself?

The answer is – a good, unique story.

An author understands this better than anyone else. Without the right story, all the other literary tools including the vocabulary and writing skills fall flat.

Aakash was aware that the Indian IT male engineer MBA applicant story gets beaten to death thousands of times in every single admissions season. So before applying, he took the time to build and improve his profile for the top MBA programs in India, USA and Canada.

How I improved my profile for MBA in USA, India and Canada

The ‘MBA’! The ever so elusive yet highly sought-after program in the world. Like hundreds of thousands of aspiring applicants, my initial decision to pursue the MBA had put me on the more traditional and perhaps stereotypical path.

During the final year of my B.Tech degree, from a fairly well known college in Maharashtra, I began prepping for the CAT examination. My journey ended with a ~95% score.

In retrospect, roughly 5 years later, I realize that that was probably for the best. Back then, I lacked clarity and my motivations for pursuing the MBA were perhaps misguided – just another guy in the rat race.

The decision to pursue an MBA and the challenges

Fast forward 3.5 years, I had some professional experience under my belt. I was managing my own team, liaising with clients and driving projects at Infosys for a fortune 500 client.

It was at this point in my life that I once again considered the MBA as a means to both enhance myself and pivot into a more fitting business role.

I came across MBA Crystal Ball (MCB), immediately before my first GMAT, as I began searching for an experienced and trustworthy partner who could help define a roadmap to that end.

And boy was my first interaction with Manish, from the MCB team, a reality check.

A score of 720, an Indian male engineer, an IT background and, except for my maiden self-published novel with over 70K+ online reads, very little extra-curricular activities during my professional tenure.

He helped me realize that attacking the applications would be more difficult unless something changed. So, I kickstarted my alliance with Manish by employing MCB’s MBA profile builder service.

How the MBA Profile Builder with MCB helped

Manish helped me make strategic choices that would better my profile and help set me apart from the rest of the applicants.

To be blunt, it was a high risk, high return strategy.

I left Infosys, giving up another promotion, and joined a bootstrapped marketing start-up – a move I would never have considered.

This decision instantly differentiated me from the applicants with an IT background. [Read why differentiation can be a big problem for MBA applicants]

My one-year stint at the start up gave me the opportunity to interact and work closely with multiple CXOs and VPs of companies across industries.

And, as someone who quickly became a part of the start-up’s core management team, I wore multiple hats, exposing myself to core facets of business such as business development, marketing, project management among others.

Of course, I also actively restarted my extra-curricular engagements, previously held up because of my hobby in writing, by involving myself with non-profits.

I didn’t know it at the time, but by following Manish’s recommendations, the one year that followed would become a transformative journey that would really come to life in the application essays and interviews.

Partnering with MCB for college applications

After a failed attempt to increase my GMAT score at the end of July 2020, I became increasingly worried.

However, a conversation with Manish helped me see the strengths in my profile.

While a better GMAT score would have been ideal, only now did I realize that the various steps we had taken in the past were building up to better tackle such an eventuality.

Realizing that my profile had started to shape up in a more non-traditional manner under Manish’s guidance, I placed my faith in his abilities and confidence once more, partnering with MCB for a 3 school MBA application review service.

Choosing and Applying to Colleges

In my opinion, starting any kind of essay work in August is a terrible idea if you plan to apply to more than three colleges in R1.

I’m not saying it’s not doable. I applied to four.

But with the deadlines fast approaching, balancing work and the task of writing essays and finishing the rest of the application pre-requisites can become pretty stressful and exhausting.

The first two and LBS were part of the package. For ISB, I engaged with Manish for an essay brainstorming session and Rotman was on my own.

The decision behind applying to these colleges was pretty simple.

Through the process of selection, Manish was very candid about the type of profiles the colleges generally expected and where I stood.

I was grateful for the lack of sugar coating because it gave me a realistic picture of my chances and how I compared to other potential candidates.

As a result, his college recommendations aligned very closely with the type of colleges that best fit me and my aspirations.

Leveraging MCB and the ‘aha!’ moment

You probably think that there is no one out there better than you to connect the dots of your story in a way that appeals to colleges. Maybe a conversation with Manish might change your mind.

Of course, if you are looking for someone to hold your hand and spoon feed you your essays, perhaps MCB isn’t the right choice.

However, if you are looking for a strategic partner who pushes you beyond your comfort zone then Manish is the go-to person.

You come out of the process with greater levels of introspection, having understood more about yourself.

When I had my first brainstorming session with Manish after presenting my first essay drafts, I realized that my essays lacked the necessary oomph.

But it didn’t just stop at that.

Through the session and the edits that followed, he carefully helped me bring out the best version of myself. And that session, when I realized how everything was connected, was the first ‘aha’ moment for me.

Interview Selection and the Mocks

After getting my first interview invite (ISB), I was excited, but nervous. I had less than 4 days to prepare, and of course I sought for Manish to arm myself.

We had two mocks catered specifically to ISB. After each mock, Manish gave me feedback and was open to resolving any doubts or curve balls that I had come across in my own prep.

And then, on D-day, the actual interview panned out along the lines of the mocks. I was grilled, yes, but I was prepared and confident to take on the questions. This was probably the second ‘aha’ moment for me.

Later, I got interview invites for both Foster and Rotman. I approached Manish again, but he convinced me that there wasn’t a need for another interview prep package – he was confident I was ready.

It was a month-long wait, but in November I got the fated email – ISB had offered me admission. But it didn’t just end there!

Rotman confirmed soon after with a CAD 25,000 scholarship.

Foster, however, offered me admission with a USD 40,000 scholarship plus a reduced fee (from international to in-state fees). This was practically a near 70% scholarship.

It was a dream come true. For someone who had started out a year ago with the hopes of getting into at least one college, I now had the freedom of choice! This was a true endorphin high!

Thereafter, the rejections from McCombs and LBS were easier to deal with.

When you are applying as an Indian MBA candidate, it’s important that you remember that you are competing with a really tough crowd.

Most Indian candidates will likely have an excellent quantitative aptitude, fairly good communication skills and a successful career in IT or consulting to back them.

That’s what makes differentiating yourself all the more important.

Showcasing how your holistic profile can become an asset to your cohort is definitely something that the admissions committee is looking for, but going an extra mile to prove that you’re the person for that job is the key.

My advice comes directly from my learnings over this past year.

It’s important to have clarity in terms of your post-MBA goals before you apply. This clarity will translate both into your college selection process and your essay writing process.

Talking to current students and alums is also a good way to confirm your fit with the college.

Never put a cap on the number of people you speak to because everyone offers a different perspective and will only serve to help you confirm your fit with the college.

Now, I’m using my free time to work on my second book and dive deeper into the marketing space in preparation for a soon to be hectic academic year.

Also read:
– How differentiating myself helped me get a full MBA scholarship in USA