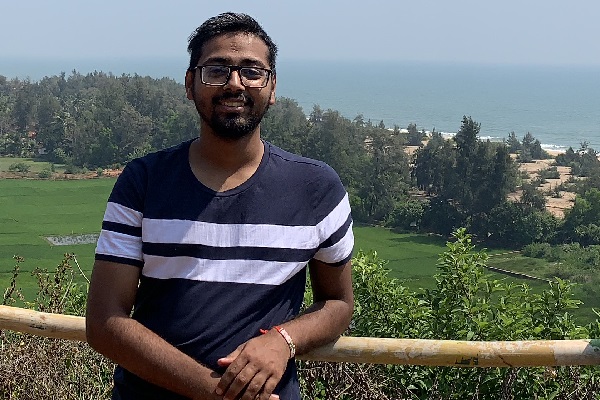 What’s the best masters degree after BCom? Traditionally, most would choose Masters in Commerce (MCom) without thinking much, since that was what everyone around them has been doing for decades.

But things have changed now. Many ambitious commerce graduates have global dreams. This opens up the opportunity to consider international masters degrees such as Masters in Finance (MFin), Masters in Management (MiM) and MBA from the best universities in the world.

Harsh Chanodia, a commerce graduate from Kishinchand Chellaram College of Arts Commerce and Science (KC College) in Mumbai, was among those who did not want their BCom degree to hold them from accessing global career opportunities in the exciting (and highly lucrative!) finance world.

But how do you decide which masters is the best choice? The answer would depend on where you are in your career and where you want to take it.

Harsh explains how he tackled the question and what he did after that to get into a top masters degree with scholarship.

MCom or MBA or Master in Finance: Which is better?

Having completed my graduation from Kishinchand Chellaram College, Mumbai, I have 2 years of experience in the Risk Management domain.

I decided not to go for an MCom or an MBA immediately after my graduation because I always believed that practical experience surpasses any degree earned. I wanted to gain some industry experience before I could decide on the specialisation for my Master’s degree.

The exposure to the industry opened up a lot of exciting specialisation options for me to decide from.

I started my career with EY India working as a Risk Analyst and getting exposure of working on various clients in the Banking and Financial Markets sector with clients ranging from Investment Banks to leading Financial Institutions.

MBA or MFin: The better choice

Deciding on which on to opt for was a very difficult decision for me to make because both of the courses have their pros and cons. The Masters in Finance opened my doors to the world of Finance whereas an MBA (Finance) would have taught and upgraded my management skis as well as my skills in Finance.

I decided to do a Masters of Finance simply because doing an MBA from a top college would mean that I would need at least 1 more year of experience and I wasn’t prepared to spend another year working. Also, I wanted to dive deep into Quantitative Finance and Risk Management, which would be achieved if I opted for a Masters in Finance.

I started my prep for GMAT with the staple Kaplan books and the Official Guide (OG). I spent nearly a year prepping for my GMAT while working simultaneously. I also took help from all the free resources available online like GMAT Club and online webinars by e-GMAT.

Post the prep, I gave a few official mocks and scored an average of 680 and scored a 680 in the final GMAT exam as well. Although I was a little disappointed that I missed out on breaking the 700-mark but was really satisfied with the score.

Selecting a target college or a few colleges I wanted to apply to was a daunting task because every college had its own pros and cons.

So, to go about the selection process, I first finalised the countries I wanted to study in (Germany and Singapore) based on various factors like work visa post study and political factors.

Having decided on the countries, I based my college choices on FT Rankings for universities and the kind of programmes they offered.

One of my biggest challenges was writing the essays for the applications. I decided to get a counsellor for this and after searching for over a month, I decided to work with MCB.

It took me nearly a month to find the best counsellor for Masters in Finance because most of the counsellors were giving me a predefined template which I would use to write my essays. This would make me no different than the other applicants to that university.

What I expected from my counsellor was that I would get a personalised story that I could convey through my essays and that was only available at MBA Crystal Ball (MCB).

In our first conversation regarding the essays, Manish Gupta (MG) helped me build a convincing story that would form the base of my essays. Further interactions helped me get more clarity and understanding about my story and essays.

One of the best things about working with MG was that he was extremely brutal and honest with the edits. My first draft of essays was completely taken down by MG.

In hindsight, I am happy that my essays were so brutally reviewed, because without his reviews, I would not have been able to write such honest essays. He was always available over calls and emails and would always reply to emails in under 24 hours!

Interviews are a part on the Masters admission process. I prepared for standard questions available online on mbacrystalball.

For ESMT Berlin and Frankfurt School, the interviews were more like a conversation rather than an interview and the questions were mostly based on what I had written on my CV and application form.

Admission tips for Masters after BCom

For aspiring master’s students, I would advise the following:

I am really thankful to MBA Crystal Ball (MCB) for mentoring and guiding me through the entire application process and if you are really serious about stepping it up, I would really recommend giving a serious thought about MCB.

Also read:
– MBA abroad after BCom and other 3-year degrees
– How I got into ISB after BCom
– MBA after BSc with GMAT waiver