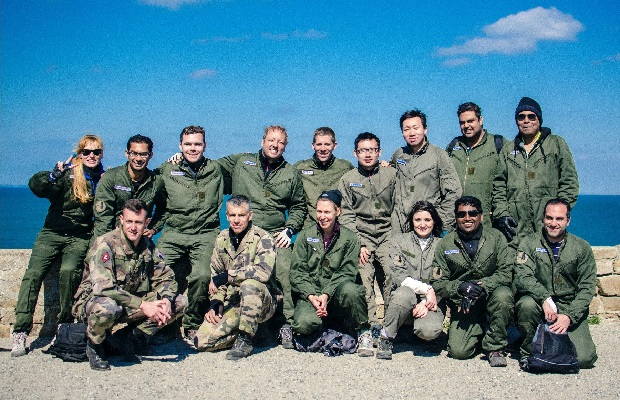 Former IT professional from TCS, Krishna N Venkitaraman, managed a career transition from IT to management consulting after completing his MBA from HEC Paris.

In a 2-part series he describes how he got into McKinsey India and what he did as a consultant. In this first part, he talks about how he successfully manage a career change that many MBA aspirants (specially those from over-represented technology industry) dream about.

How I got into McKinsey India 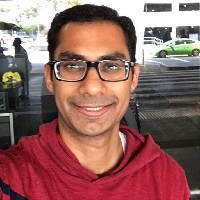 One of my favourite quotes is from the movie, Kung Fu Panda, where the wise Turtle, Master Oogway, says:

One often meets his destiny on the road one takes to avoid it.

I wanted to go to design school, but ended up in an MBA program; I wanted to go to NUS in Singapore, and ended up at HEC, Paris; and finally, I was absolutely sure I didn’t want to get into consulting, and still ended up at McKinsey!
Right out of engineering college, I joined TCS. While I loved coding, I soon grew restless, and wanted a change.

Even as I had an admit from IMT, Ghaziabad, I decided to venture out on my own. I briefly attempted starting a software consultancy, before IIM Rohtak, Raipur, and Trichy came calling. I once more avoided the b-school temptation, and joined a digital media start-up instead, to begin my love affair with branding and marketing. While I worked at the start-up, we launched an ecommerce platform, and I ran logistics and tech for the venture.

But as we stood at the cusp of getting funded, I had to make a choice between committing to the firm or responding to my academic urges. I had earlier applied to IDC (IIT Bombay’s design school) without success. But the 3 years in the start-up had convinced me that I should approach my design aspirations from the business side, instead. And as my 760 on the GMAT was on the verge of expiry it just seemed like the right decision.

As I waited to hear back from NUS, I discovered HEC, Paris, that had a dual-degree program with the former. I was intrigued by the school, and soon learnt about the excellent Marketing and Luxury programs and faculty at the school. I had ruled out the US as a study destination and was looking only at India and SE Asia.

But now, Europe seemed exotic and inviting. I always wanted to go study in a place that wasn’t just culturally diverse, but also diverse in terms of professional experiences that the cohort had. So when HEC gave me an accept, I did not think twice about it.

My cohort had representation from about 60 countries. It was a very global community tucked away in a beautiful French town on the outskirts of Paris. I studied alongside a professional Rugby player, a Swiss-Indonesian-Canadian teacher who had taught English in Japan, an American lawyer-turned-education-policy maker, and a French Navy officer!

HEC was nothing I expected and everything I needed! I went into the MBA program expecting to be “trained and moulded” in hard skills much like my Indian b-school peers had suggested. But the 16 months I spent in Jouy-en-Josas was really a journey of self-discovery.

I lived by myself for the first time in my life. I changed my career plans four times, and still ended with a fifth. I did a minor in Social Business and Poverty Alleviation — a program which exposed me to a lot of literature in the development space, and gave me first-hand experience of working in employment agencies, shelters, and social businesses in France.

I fell in love with Marketing, picked it as my major, and wrote my thesis on Early Child Education (ECE) for Urban Slums. I studied Luxury Marketing from an ex-MD of Louis Vuitton, Vincent Bastien. And most importantly, I made some incredible friends for life!

Now Europe — and especially the Scandinavian countries — has a very evolved sense of design. I was exposed to the power of Service Design (designing services with a Human-Centered approach) in so many aspects in France.

The metro system, for example, is designed to be very helpful in finding one’s way purely through illustrations, use of colour, and repeated design patterns, even without understanding the French language.

One of the things about pursuing your education from an institution of pedigree is the doors it opens for you. I discovered LinkedIn as an extremely useful networking tool. I actively reached out to designers across the continent, and even in the US. I had extremely rich conversations and even made two mentors.

One such conversation led me to Frog Design’s office in Amsterdam. Over a 3-hour conversation, the recruitment manager explained to me why management consulting was the right route for me into design.

While at HEC, I was absolutely sure that I wasn’t going to fall for the herd mentality of seeking a career in consulting. But then I got my chance of working (internship/ field project) at a UN agency, with UNESCO.While my team and I were recruited to design a framework for a report, we realized that there was an unarticulated problem of departmental silos. We went about solving that alongside the original objective.

When I discussed this with my project mentor, I realized that this is the kind of problem-solving that management consultants do. One of my favourite professors at HEC was an ex-McKinsey consultant, too. So, even without knowing it, I was starting to take an interest in consulting.

At the end of my MBA program I came to India for a break. I was supposed to fly back and join a design agency in Paris for an internship. But as luck would have it, I got an internship at Deloitte. I was always afraid of finance. So in my recently found courage as a newly-minted MBA, I accepted it.

During this time, I was considering turning my Marketing paper on ECE into a social venture. I was reaching out to people to validate the idea. One of those discussion calls was with an HEC alumnus, a French McKinsey consultant who had recently moved to India. He liked what he heard and offered me an interview with McKinsey.

And so, most unexpectedly, I found myself returning to Marc Cosentino’s Case in Point for case practice. After some intense personal experience and case interviews, I waited to hear back from the recruitment team. I still remember being back in Paris, standing on the lawn of my college campus for my b-school graduation (it was 5 months after the end of last term), when I received the offer.

I celebrated over French macaroons and Indian chai with my batch mates. I couldn’t wait to be back to India to join The Firm!

Next article: Life as a McKinsey Consultant

Also read:
– How to become a management consultant at McKinsey, BCG, Bain
– From an Ivy League MBA School to McKinsey

12 thoughts on “How I got into McKinsey India”