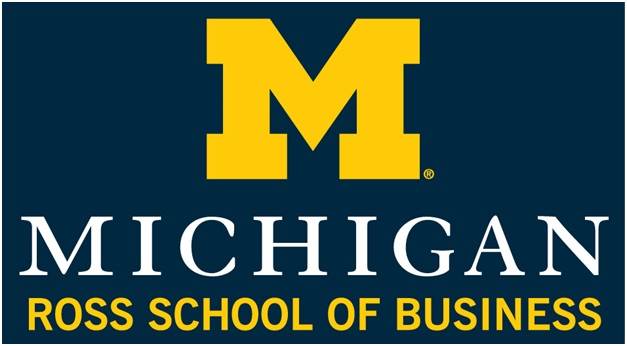 Mohit Saggi already had some real good credentials on his resume. On the academic side, he completed his undergrad engineering degree from the National Institute of Technology and his MS in Electrical Engineering from the Illinois Institute of Technology (Chicago) with flying colours. On the professional side, he had worked in product development for Motorola and Intel.

But while working in the U.S. he felt there was still something missing. An executive MBA from Ross seemed like a good way to break away from the technical roles and explore new opportunities in management.

Why Michigan Ross Executive MBA after MS in USA

I am an extreme introvert and have been working in Product Development for the last 10 years. The work is rewarding, but doesn’t have a scope for greater responsibilities. That was the trigger for me to pursue a business degree.

I started my GMAT preparation during the first half of 2016. Initially, I could not spend a regular amount of time due to my work and travelling, and that showed in mock-test scores.

After 3 months of regular studies and practice, I finally cracked it with a score of 740. My personal target was 680-700 as I could not spend more than 10 hours per week for preparation and I wanted to get done with it in 3 months.

I never considered a full-time MBA since I wanted to work, study and earn, which will pay for my MBA costs.

Due to the delay on my part while preparing for the GMAT, I started looking at MBA school admission criteria in parallel. I realized that a great score (which I was dreaming of at that time) would not be enough to get me in.

I stumbled upon MBA Crystal Ball (MCB) on GMAT Club. I did a bit of research on their admissions consulting services and felt confident in contacting them via LinkedIn.

As many have noted earlier, MG from MCB set up a free 1-on-1 with me over phone and asked basic questions about my status, plans and expectations. After listening to me patiently and going over the process, he recommended a plan of action. I signed up for 1-school plan.

The best part of working with MG was his straight-forward way of feedback (no sugar coating!). He never spoon-fed the application to me, made me write the application and provided invaluable feedback.

In the end, the process was worth it as I did not have to spend any time in preparing for the interview.

I was only interested in one school (Ross Michigan EMBA) as it is near my current location. I did some research by contacting the alumni.

I had a 45-minute interview with the assistant program director of the Ross EMBA program. The interview revolved around my background, future plans and how an MBA would fit into this.

If you know your application well (which you will, MG will make sure of it 🙂 ), the interview should not be an issue. I was hopeful of the result as the interviewer spoke well about the application. I finally heard back about the status of my application after 3 weeks.

I think we Indians in general pay too much attention to GMAT scores. The real deal is the overall application and how you present it.

Having the right people who you can trust makes the journey less stressful.

5 thoughts on “Michigan Ross Executive MBA after MS in USA”