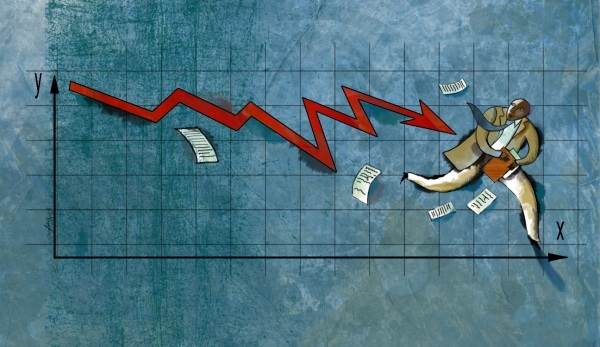 Salary disparity among equally well-qualified professionals may not be a study topic in MBA courses in America’s top b-schools. But some MBA graduates get to learn the subject closely, a few years after leaving school and entering the US corporate space. Research by Bloomberg has shown that in that country, skin colour is a major factor that decides pay for MBAs.

A recent Bloomberg study has found that the average starting salary of all MBAs who passed out of elite b-schools is $105,000. After about seven years in a job, the salaries of White and Asian MBAs rise to around $172,000, while those of Black, Hispanic, and Indian Americans get stuck at $150,000. Of the three elite schools mentioned by Bloomberg—Harvard, Columbia, and Wharton—the salary gap is the highest in the case of Harvard, $97,800, and lowest in the case of Wharton, $65,000. At Columbia, it is $80,400. The study covered 12,700 alumni of 100 b-schools.

Bloomberg found that salary disparity is highest in the finance sector. In real estate, manufacturing, and government, Blacks and Indian Americans turned the tables on Whites and East Asians to earn higher salaries.

Exploring pay inequity among MBAs, an analyst points out that affirmative action may help blacks and other racial minorities gain admission to top b-schools, but no such preference or another form of support was available to them once they are out in the corporate world. Moreover, Whites and East Asians with MBAs tend to have better connections in the business world, and they don’t have to live down workplace bias, nor negative stereotyping, unlike in the case of blacks and other minorities. These advantages are reflected in their higher salaries.

Analysts point out that although Blacks form 10 percent of elite-school graduates, they make up only between 0.25 to 0.5 percent of the 400 richest Americans. The only multibillionaire Black in the entire North American history is Oprah Winfrey, who overcame all types of hurdles from poverty to sexual abuse, probably using her superior intellect to turn her adversities into achievements. The bottom line may be that only a phenomenally high IQ can help Blacks triumph over their disadvantages.

Racial bias is sometimes difficult to uncover. Discrimination in salaries among finance sector professionals may be easy to track, but some other basic types of biases lie deep-rooted and well-hidden in the larger corporate, and even the academic, world. A study published in Organization Science threw light on one: a White MBA-degree-holder from a top b-school was more valuable for a company than an African American with the same education.

As part of the study, over 100 MBA students and alumni, predominantly white and male, played the roles of financial analysts at venture capital companies to help conduct an opinion survey. They were each given the financial profile of an imaginary company and data about the industry sector, besides brief biographies of the fictional company’s CEO, COO, and MD, who had varying demographic and b-school-education profiles, and they were asked to estimate the price per share of the company stock.

In essence, the survey participants returned a much higher price-per-share estimates for the company that had a management team consisting of White males who had passed out from high-prestige b-schools than for the company led by Blacks who had graduated from top b-schools.

African Americans’ corporate future looked to be brightening for a brief period in 2006 after the US Census Board announced that entrepreneurship among Blacks had increased by 45 percent. It was a big feel-good moment for campaigners for race equity. But it didn’t take too long for this new celebration of the American dream to be blown out by a startling revelation: most of the new Black entrepreneurs had launched their own businesses because they had not done well enough in their corporate jobs. They just didn’t find enough support to climb the career ladder, wrote a member of the National Black MBA Association.

Leave alone climbing ladders, young and eager African Americans are impeded at the very first rung by race discrimination. A study conducted by Young Invincibles, a nonprofit group working to empower young Americans, found out how race impacts a Black candidate’s chances of getting a job: a Black candidate with an associate degree is only equivalent to a White candidate with just a high-school diploma.

No wonder, then, that Black millennials are more than twice as likely to be unemployed as White millennials. But education usually provides a way out: additional degrees, such as an MBA, help Blacks, more than they do Whites, find jobs and, later, receive higher salaries.

Skin colour better than a degree?

Still, skin colour continues to be both an unfair blessing and a wretched curse. In a PhD thesis submitted for an MS degree from the University of Georgia at Athens in Georgia, US, a scholar recorded the startling finding that skin colour is often enough considered more important than educational qualifications and work experience.

The advantage that Whites enjoy and the disadvantage that Blacks suffer are not just to do with race preference but also to do with age-old perceptions of attractiveness and stereotyped linkages between good looks and competence.

As part of a study in 1972, “What Is Beautiful Is Good,” three university researchers showed respondents photographs of individuals pre-tagged as attractive, moderately attractive, and unattractive, and asked them to predict the personality traits of the subjects. The respondents speculated that the attractive subjects were probably more competent in their jobs, more highly placed in their workplace hierarchies, happier in their marriages, and more socially active.

The results of this path-breaking study have been used since for occupational studies. Researchers have asked the question of whether positive feelings about attractive people persuaded hiring managers to choose them over unattractive candidates. The answer is overwhelmingly “yes.”

Once recruited, attractive employees continue to enjoy their advantages: faster promotions and higher salaries. They are also preferred for managerial positions and given relevant training. The gap between their earnings and those of less attractive employees widens during the course of their careers. A study of employees with MBAs has found that for every point of attractiveness on a five-point scale, an attractive male employee earns an additional $2,600 annually.

Being attractive pays for the individual employee. But does it benefit the company that hires the individual? In 1992, Alan Feingold of the Oregon Social Learning Center set out to find out whether the myth of attractive people being more competent had any basis. After studying the findings of attractiveness research going back decades, he found no basis whatsoever.

In his article, “Good-Looking People Are Not What We Think,” Feingold wrote that there were no notable differences between attractive and unattractive people in intelligence or mental caliber, though good looks often brought with them superior social skills. More recent psychology and social science studies have confirmed this finding. However, the prejudices probably won’t go away anytime soon.

5 thoughts on “MBA salaries: Skin colour may matter more than your degree”