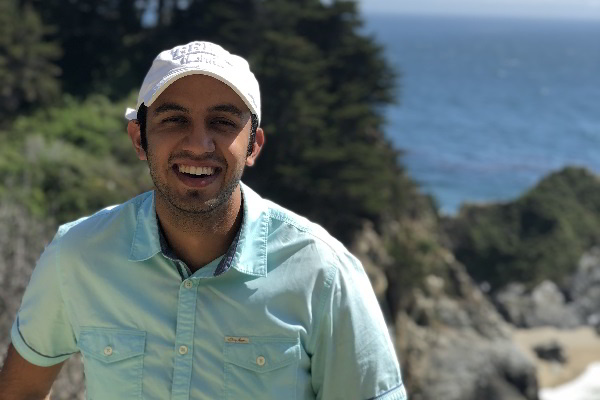 For many MBA aspirants, a common motivator is to get their salary above the psychologically significant threshold of $100,000. But what if you’re among those who are already above that level? Is an MBA still worth it?

Vaibhav Anand understands the American education system well. He completed his primary
schooling in the United States, and he chose to pursue his MBA at a university with
legendary status among Silicon Valley recruiters.

But Vaibhav’s motivation for an MBA degree went beyond the salary he’d earn after his MBA. It’s the same motivator that continues to prompt the articulate class valedictorian to work with students and MBA applicants aiming to get into the top business schools in USA.

How I got into UC Berkeley Haas, UCLA Anderson and CMU Tepper with scholarship

Growing up, I was never the most academic or achieving kid. I did not venture into many extra-curricular activities and mainly remained reserved.

This was mostly because I felt a more appropriate use of my time was training to become a Pokémon master or Batman (the dream job, to be very honest).

Still, another major factor was seeing my family’s living conditions.

We were first-generation immigrants chasing the American dream but seeing my parents working close to twenty hours daily and struggling made me even more reserved.

I felt that the less of a hassle I became and asked for, the easier it would become for my parents.

Thankfully, with each passing year, our financial standing improved as well, allowing me the opportunity to explore finally.

In doing so, I found a thirst for knowledge and found my passion for understanding how people think.

Not trying to channel Freud here, but I believe there is always an unconscious push in the actions and reactions we give, and so, I wanted to understand this through psychology.

Coming from a highly competitive primary school system, I opted for an undergraduate experience that I deemed a bit more liberal, allowing me the opportunity to create my learning path as I wanted to pair psychology with finance.

As such, I chose the University of San Francisco (USF) as my next destination, which was one of the best decisions of my life.

Under the tutelage of excellent professors such as Mouwafac Sidaoui, Frank Ohara, and Peggy Takahashi, I expanded on my thirst for knowledge as they taught me how to be a student always and think outside the box.

I eventually graduated Valedictorian of my class with a BSBA in Finance and Marketing and a minor in Computer Science.

During my tenure at USF, I had received a few opportunities to engage current USF MBA students.

Classes such as Negotiation Tactics, opportunities to shadow technology firms in Silicon Valley and beyond, and cohort-based learning excited me.

My original plan was to apply to an MBA program in my senior year of undergrad and get into a deferred program.

However, due to a car accident, I had to focus on my health and relearn how to stand on my own two feet, leading me to miss my original deadlines.

My recovery, however, allowed me to resume my plan for an MBA and I began to attend seminars around the Bay Area to internalize how to become an attractive MBA candidate, I learned from admissions reps that a robust academic aptitude is not enough for an MBA program.

Simply put, in an undergraduate program, you learn from the professor, but most of the learning comes from within the cohort in an MBA program.

As a result, top MBA programs seek individuals who can convey unique knowledge to their peers, which is rare in applicants straight out of undergrad.

Hearing this, I put my goal of getting an MBA on hold and pursued a full-time career.

Over the next three years, I worked as a Technical Product Manager, and as I continued to work, the notion of an MBA seemed more and more ancient.

As if the universe heard this mindset, I soon realized that I do not want an MBA. I need it.

This epiphany was spearheaded by my thirst to become a better storyteller in my day-to-day interactions.

I learned who I am conversing with, impacts how they want to hear the message and in what manner – something I needed to polish.

Additionally, while I had settled for a Computer Science minor due to a lack of engineering or analytics degree at USF, I wanted to become more data-centric and learn more about data analytics.

While taking online courses giving me a breadth of knowledge, I was looking to gain a depth of knowledge – something only an MBA program could provide me.

When applying, I first began finalizing my goals for an MBA and what I hope to do long-term.

For example, I knew I wanted to stay in the U.S. after graduation, so I selected schools that had close connections to the technology or entertainment sector in the country.

I further sorted the programs by those who fit my values of empathy, student always, and creativity.

While the norm for most applicants is to apply to three or four programs, I chose to apply to six.

I chose the top six programs from my list because I knew that the average age for a starting MBA student is twenty-eight, which meant that the average student had about four to five years of working experience, whereas I only had three.

Note here that it is also important to select which test to take – I opted for the GRE since I was applying to a few MBA/ MEng programs, a contrast to the more traditional GMAT.

After an eternity-like wait, I got the opportunity to interview online with four of the programs and eventually got acceptance to Anderson, Haas, and Tepper with varying scholarship amounts.

At that point, I had to pinch myself multiple times to ensure I was not dreaming!

I eventually accepted the offer to join Haas.

When I started at Haas, I felt massive imposter syndrome as I felt that I was a lucky acceptance in a sea of well-deserving peers.

Being stuck in a virtual environment, due to COVID, where my peers are close yet distant did not give much aid either.

To counteract this feeling of distance, I began participating in more extra-curricular activities.

For example, I became the Academic Cohort Representative for my cohort – a liaison of sorts between the faculty and the student population.

Additionally, I became a student interviewer to give back to the Haas community.

Through this process, I became a witness to many different student portfolios and saw the pitfalls that many candidates could not surpass.

For instance, I saw many engineers trying to switch into product management, consulting, or investment banking but failing to convey why an MBA is a necessary pivot or why they selected Haas.

Similarly, I got exposure to candidates with backgrounds in entrepreneurship, non-profit, brand management, product marketing, and many more.

Taking a step back, I think that any applicant needs to understand that a background from a “highly coveted” industry, company, or position does not guarantee success, as MBA programs focus on a candidate fit within the broader MBA community.

As such, humility and effective storytelling are vital when applying.

After my first month at Haas, I implemented many of these lessons into my job search. Even though I came from a background in Product Management, I too faced many rejections over my first year.

On the flip side, there were many moments where I was giving four to five interviews on a week-to-week basis, so time management is a crucial skill!

Eventually, I received four highly coveted internship offers and chose Cisco to be my next adventure under the Cloud&Compute group.

I am now going back for my final year at Haas, which I am excited to say will be on-campus and in person.

Overall, I want to convey to any aspiring MBA applicant that the entire process of applying and beyond is not a sprint but a marathon.

In this journey, you need to be patient, resilient, learn how to convey your story effectively, and internalize why you are on this journey.

I emphasize this because networking with college reps, current students, alumni, writing essays, making edits, cracking the GRE/ GMAT, securing references, and doing the other gazillion things on your never-ending to-do list can be extremely stressful but your goal will always keep you going!