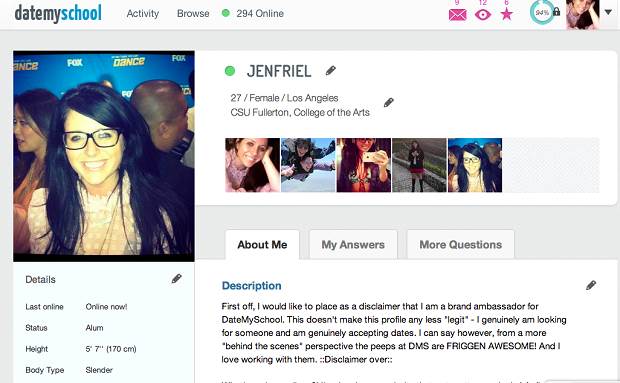 There’s just one word of advice for guys and gals having trouble dating while in business school – ‘DMS’. If you don’t know what we’re talking about, chances are you had no trouble in the dating department. If you did, well, DMS or DateMySchool was probably a godsend.

Launched by two students of Columbia Business School in 2010, the DMS portal became the rage almost as soon as it went live. Co-founder Balazs Alexa says they floated the site as a solution to a very real problem on campus: skewed gender ratios that threw the dating game out of whack.

Alexa says he was chatting with a woman in the nursing school on the Columbia University campus who complained that her department was 90 per cent female. “We were in the business school, which was 80 per cent male. We realised that there was a bigger market – lots of students wanted to meet across departments and nearby campuses.”

Calling it the “anti-Facebook” – the point was to narrow one’s search based on very specific criteria as opposed to constantly widening one’s circle of ‘friends’ – DMS is as popular as it is for a reason.

You might not believe it, what with classes, projects, internships and exams cramming one’s brain, but there is a huge marketplace for romance – and dating – in business school. Of course, it’s not always wine and roses but many MBA grads say they find true love – and their spouses – in business school.

If you’re an MBA student looking for love, here are some home truths to keep in mind:

1. Business school can be a wrecking ball for existing relationships:

MBA students are typically in their late 20s to early 30s, and most of them are either in a relationship or married when they enroll. But the bad news is, it takes only a few months for the MBA program to break up a pre-existing relationship.

Many put it down to the ‘MBA pressure cooker effect’, which refers to a tight-knit group of smart, ambitious and successful people in the prime of their lives thrown together in an intense environment for two whole years. What are the chances, huh?

We can sum this one up in just two phrases – social events & networking events. Meeting people, like-minded peers, industry leaders, recruiters and potential business partners while building a solid network that will help you post-business school is one of the goals of an MBA program.

And one of the ways students get to know other people is through social events like meet-and-greets, enrolling with campus clubs, parties and recruiting events. These events offer plenty of opportunity to get to know ones colleagues and, often, fall in love.

Besides, blowing off steam is crucial for a program as demanding as this and going pubbing, indulging in wild weekends and taking off on exotic vacations is par for the course – and prime hunting ground for Cupid.

Speaking of romance… in the last few years, many business schools have been going all out to woo women, to balance a sex ratio heavily skewed in favour of male students. When it comes to the dating game, this suggests just one thing for women stalking campus for dates – easy pickings.

Not so fast! MBA students are typically in their late 20s and early 30s, an age where women are ready for marriage and men are not. But despite this apparent mismatch in romantic goals, it’s still game on!

In the dating world, at large, those three little letters, ‘MBA’, can be a total turn-on, if you’re a guy, that is. Whether it’s the suggestion of a whopping salary or that the guy is super-smart, the fact is that the ‘MBA’ tag is a great qualification.

It’s the opposite for women MBAs, who are perceived by men as being ‘hard-score, too ambitious and intimidating’.

Everything about business school is crazy intense – including romance. That’s just how the momentum is.

Add to that a bunch of goal-oriented men and women falling for each other and the joke is you need to calibrate romance in ‘dog years’. That is, days seem like weeks and a weekend like six months.

6. Avoid dating someone in your section

Making it through business school is all about studying and working in groups. Since the curriculum is gruelling, students easily bond within their work groups, whose members tend to keep up late into the night, meet socially and take off for weekends together.

While it is easy to see why falling for someone in one’s own section or group is easy, it’s a bad idea because you have to deal with blowback from the group.

And it works both ways. When the relationship works out, you have to make sure your affair does not influence the group dynamics; if it doesn’t, usually, everyone has to deal with the break-up!

Not a chance! Dating in business school is much like dating in high school. It’s a small community of students and there’s nowhere to hide.

There are only so many people to hang out with, only so many pubs and restaurants to frequent and when you bond with people, as you most definitely will since your world is very circumscribed, you will begin to share personal or even intimate details of your life.

When everything’s an ‘open secret’, why should crushes or cruses and dates be any different?

Despite the comparisons with dating in high school, there is one significant difference. Most MBA students are pushing 30, a time in their lives when they are ready to ‘settle down’.

Wild weekends and vacations notwithstanding, dating for many is goal-oriented – they are looking for something serious. Keep that in mind while gazing into your date’s eyes and sipping wine at a table for two. ‘What is he or she really looking for’ is a question you can mull over crème brule.

Just why is dating at business school so intense?

For one, MBA students are highly social animals. It’s practically built into their DNA. A large part of their job profile is managing people and teams, using soft skills while at work, building interpersonal relationships and being master communicators. Social people tend to like other social people, making these campuses happy a hunting ground for prospective mates.

Another reason the dating game is so popular among MBA students is the similarities between them. This is a highly selective group of people with a whole lot in common, in their personalities, goals and aspirations. This makes it easier for two people to empathise with each other and understand each other’s personal challenges.

It’s as if business school made the first round of selection, increasing the odds of people falling in love with each other. How’s that for playing Cupid?

2 thoughts on “MBA Dating: What you need to know about finding love on campus”