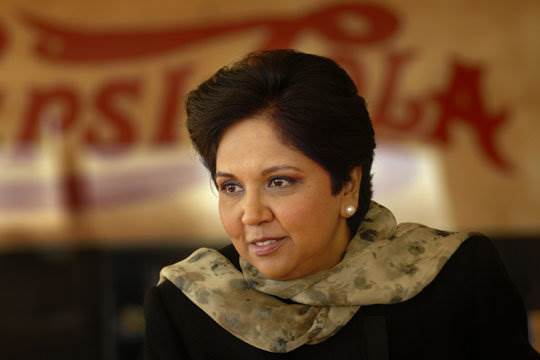 PepsiCo’s Indra Nooyi’s “landmark” donation to her alma mater, Yale School of Management, was a grand gesture. But her message was simple: “My experience at the school forever altered the course of my life…My gift to this wonderful institution pales in comparison with the gift that Yale gave me.”

Alumni are known to show their gratitude and affection for their alma mater in ways other than donations, too. Some provide career advice to fresh graduates and other alumni, and some mentor current students. The alumni of many schools keep in touch with one another and function as networks that come to the aid of their old schools and current students and new MBA graduates from their old institutions.

The quality of curriculum, faculty, and on-campus facilities apart, the strength of alumni networks also distinguishes business schools from one another. These days, applicants to b-schools are advised to find out whether the schools they want have a robust alumni network, and whether their alumni are well-represented in areas of industry of their choice. Applicants can smartly tap alumni networks for tips. Once successful, they can draw upon these same resources to do well in their careers.

Which schools have the most effect alumni networks? Obviously, you would think that the top business schools would have the best alumni networks. You would be right: the strength of the alumni network is a major factor that builds the reputation of a b-school.

However, MBA course rankings and alumni-network-quality rankings may not match exactly. For example, Harvard Business School (HBS) and Stanford Graduate School of Business (Stanford GSB, or simply, “Stanford”) grab the first two ranks in many reputed rankings, and so do their alumni networks.

But the rankings of some other alumni associations may or may not exactly match the ranking of their b-schools. Some alumni networks have better rankings than their schools. A quick example: although UC-Berkeley (Haas) does not figure in the top five in the MBA rankings of four dependable surveys, it gets the third rank in two of four alumni network surveys conducted by the same organizations.

It is not easy to judge how strong an alumni network is. The general feelings is that top networks are the ones that are the most “valuable” to their members, new students, and even applicants. The best alumni networks are expected to be most resourceful guardian angels, no less. They are supposed to provide “actionable” career advice to fresh MBAs from their schools and other alumni, and guide and mentor current students on academic course and future professional career.

One practical, and popular, method is this: see how much in donations the alumni give their alma mater. Donations often mirror the depth of affinity alumni have for their schools, and schools that receive these gifts are probably more likely than those that don’t to garner other support for themselves, their students, and fresh graduates. These donations go into improving the quality of the schools further and enriching the on-campus experience of its students. Through donations, alumni help not just one or two graduates of their school but entire future batches, as Nooyi’s endowment and the Tatas’ gift of $50 million to HBS a few years ago are doing.

For many schools, donations are a confidential matter, and information on the money involved is scarce. However, we have a fair idea about a few schools whose alumni have shown their gratitude in generous ways. According to one estimate, as many as 70 percent of Tuck’s former MBAs donate to the school. The figures are 46 percent for Yale University’s School of Management, 43 percent for University of Virginia’s Darden School, 41 percent for Stanford GBS, 35 percent for Notre Dame (Mendoza), and 27 percent for HBS.

But donations are not the only way alumni help their institutions and the students who graduate. Alumni networks prove useful through their size, the diversity and profiles of industries that their members represent, the number of their overseas chapters, and the seniority of alumni’s positions.

The helpfulness of alumni networks is reflected in the number of jobs landed with the help of career services of schools and student ratings of networks. LinkedIn registrations social-media activity are also likely indications of how dynamic an alumni network is, and how likely it is to help the school concerned, its students, and graduates.

The top networks have a high level of engagement among their members but also with current students, professors, and career service wings, and even applicants. The members use social-media outlets such as LinkedIn, Twitter, and Facebook to keep in touch and make themselves heard by writing responses to blogs, tweeting about events, and sharing articles. They register themselves at their nearest alumni chapters and attend events. They even help promote the school’s programs among applicants.

At the end of 2015, Poets and Quants analyzed separate alumni-network rankings put forward by The Economist, Bloomberg Businessweek, Financial Times, and GraduatePrograms.com. They used different criteria to rank networks. The Economist based its ranking on survey responses from current students and fresh MBAs to assess the “potential to network” of alumni associations (from data on number of overseas chapters, ratio of alumni to current students, and student rating of alma mater).

Bloomberg Businessweek surveyed MBAs who graduated between 2007 and 2009 to find out the median compensation increase, job satisfaction, and course feedback, which would all likely shape alumni opinion about their school and increase the chances of their contributing to strengthening their network. FT got responses from alumni to identify the three b-schools from where they themselves would recruit graduates. GraduatePrograms.com used responses to rate alumni networks on a scale of one (poor) to ten (perfect).

The rankings after these four surveys were as follows:

It’s interesting to compare these rankings with the overall MBA rankings of these four surveys:

Similarly, as part of their MBA ranking, Bloomberg Businessweek used a criterion of student (not alumni) feedback on the how their MBA degrees helped their careers and whether they would recommend their program to others. Based on this criterion, Maryland (Smith) was first, followed by Rice (Jones), UCLA (Anderson), UC Berkeley (Haas), and Michigan Ross. The top five international ratings based on this criterion went to Cranfield, IE, IMD, INSEAD, Cambridge (Judge).

Read
– How to ask alumni for help with internship and jobs

2 thoughts on “How the top MBA alumni networks work”