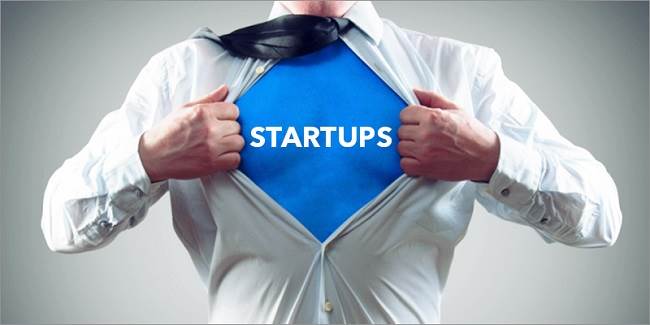 What does a news portal do when it sees a potential competitor starting up? Snip.it in the bud, of course! That’s exactly what Yahoo did in 2013, when it forked out $10 million to snap up content curation website, Snip.it, founded by Stanford graduate Ramy Adeeb.

Making a killing was the last thing on Adeeb’s mind when he launched his company. He was just kicked to have come up with a brilliant solution to a pressing problem – how to best aggregate and present the best news stories on the Arab Spring as it unfolded in 2013.

Adeeb, of Egyptian descent, says Snip.it was his answer to fellow Egyptians and other friends who had asked him how they could source the best content on the revolution holding Egypt in its grip at the time.

Adeeb’s startup ranks 80th in the Poets & Quants list of the ‘Top 100 MBA Startups of 2015’ but it doesn’t matter whether you’re at No 100 and called ‘Take The Interview’ (recruitment software startup founded by a Harvard grad) or the Stanford alumni-founded Skybox Imaging, the No 1 startup on the list, snapped up by Google for a whopping $500 million in 2014.

Both these startups, and 98 others in between, are important to the MBA ecosystem for one very important reason – they are among a legion of startups founded by MBA alumni that are beginning to influence the way business schools are perceived by the student community, donors and industry at large.

Faculty and other experts at these schools say that tracking alumni startups could evolve into a new metric that could become central to how business schools market themselves, an exercise that currently rests largely on job placements and salary figures. And, regardless of what the naysayers say, the metric is trending.

Topping the Poets & Quants 2015 list is Skybox (a satellite imaging company), which climbed from third place to the number-one spot from 2014, while SoFi (student loan financing company) went from sixth place with $77.2 million in investor money to $399 million in 2015.

The third slot is occupied by RelateIQ (a Big Data CRM solutions provider), which climbed from the 13th spot when it was bought for $390 million by Salesforce in 2014.

Interestingly, more than half the top 100 MBA startups on the list raised more than $18 million each, with Deep Glint (a computer vision startup founded by two Stanford grads), ranked 51, securing exactly $18 million in funding. In 2015, the competition grew even more intense, with the top 11 companies each drawing funding of at least $100 million. Phew!

MBA Start-ups: The Numbers and Statistics

Let’s move to a question regarded by many as quite controversial – do you need an MBA degree to launch a successful startup? Don’t we have an abundance of startups founded by smart but regular folk whose only tool to help them launch their companies was an Internet connection?

Sure. But here’s the rub. When you apply the following filter – ‘start-ups that receive the most funding from angel investors and venture capitalists’ – the result is unequivocal. A large majority of these startups were launched by MBA graduates. This is solid fact.

And why is that surprising? Take HourlyNerd, for instance. Tagged at No 71 in the Poets & Quants listing ($12.6 million in funding), this startup was founded by four Harvard students in 2012.

The company made big news when it launched for it was an excellent example of a startup disrupting the consulting business. As its name suggests, HourlyNerd offers the services of MBA graduates from the Top 20 business schools – on an hourly basis.

These pre-vetted ‘nerds on hire’ cost far less than it would to hire a consulting firm, a luxury small businesses can ill-afford. Ironically, now even big brands such as Microsoft and GE use this online marketplace, making it hot property in the consulting industry.

Here’s a startup that’s anything but nerdy and yet it’s ranked at No 6. Turns out, if you can offer men what most of them only dream of, you can raise a walloping $212 million. The not-so-sensational answer is: the best shave ever!

The amazing thing about Harry’s, founded by a Wharton grad and a Stanford grad, is that it took on a Goliath like Gillette and disrupted the shaving products industry. Instead of being daunted by the market leader’s 120 years’ experience, Harry’s turned around the giant’s obvious advantage by promising to eliminate the frustration provoked by its high prices while also offering an unforgettable shave, every single time. Talk of being razor-sharp.

And who would have thought a social networking site exclusively for doctors would $82 million in funding? At No 13, Doximity did. Launched by two Harvard alumni, the online portal is dubbed the ‘LinkedIn’ for doctors.

The site gives doctors a secure, quick and seamless way to communicate, consult and share patient with each other data online, hopefully helping them hone their skills, offer better healthcare and save more lives. The portal took off like wildfire and apparently has 40 per cent of physicians in the US signed on.

Startup fever is sweeping across business schools in the US and there is a significant uptrend in the number of MBA students and alumni pinning their dreams on floating tech-driven businesses.

Returning full circle, we ask: Can we attribute the success of startups like these to brilliant minds whose creative juices and business acumen are honed by some of the best business schools in the world? Does an MBA degree increase a startup’s chances of success?

Not exactly. While there appears to be a direct correlation between startup success and an MBA degree but it’s not as straightforward as it seems.

Business school is an ideal environment to incubate a startup because they offer their students unmatchable resources to build their companies. Faculty usually mentor budding entrepreneurs, vet their ideas and give their protégés access to valuable contacts. Fellow students too act as a sounding board for ideas and pitch in with help.

Also, MBA students have access to students from other departments and can work with engineers, computer scientists and others who make crucial contributions to their startups.

Many a time, founders choose their business partners from this entrepreneurial community, which includes humongous alumni networks which are, again, a source of invaluable contacts and even seed funding, critical early stage advice as well as early customer endorsements of products and services.

The ‘MBA’ tag also gives a startup credibility, pedigree and authority in the investor community, which is choc full of MBA alumni. It works wonders for your investor pitch.

Which Business Schools are the best for MBA startups?

Numbers released by Wharton School’s Goergen Entrepreneurial Management Program reveal a three-fold increase in students turning entrepreneur in the last four years. Patrick FitzGerald, a lecturer at the program, says 7 per cent of Wharton students are launching companies straight after they graduate, a five-fold increase over 2007.

Harvard Business School reports that half its graduates are entrepreneurs within 15 years of finishing school, a number helped along by a powerful incentive offered by the business school – it reduces student debt by as much as 20 to 25 per cent for those choosing to launch startups.

Attempting to explain the upsurge in interest in entrepreneurship, FitzGerald points out that technological advances and the availability of cheaper talent, such as skilled bachelor’s degree graduates, outside Silicon Valley have made it easier and far less expensive to start companies.

That, coupled with the fact that modern, urban lifestyles are increasingly hinging on the value that startups add to them. Some are even calling it the ‘Uberisation’ of urban living.

And, no, Uber – arguably the world’s most heavily funded startup – does not carry the ‘MBA’ tag.

Read this related article:
– Careers in Entrepreneurship
– Why join a startup after MBA
– Choice between Harvard/Stanford or Oxford/Cambridge – How would you decide between these centers of excellence?
– Stanford MBA jobs, starting salary, employment report statistics