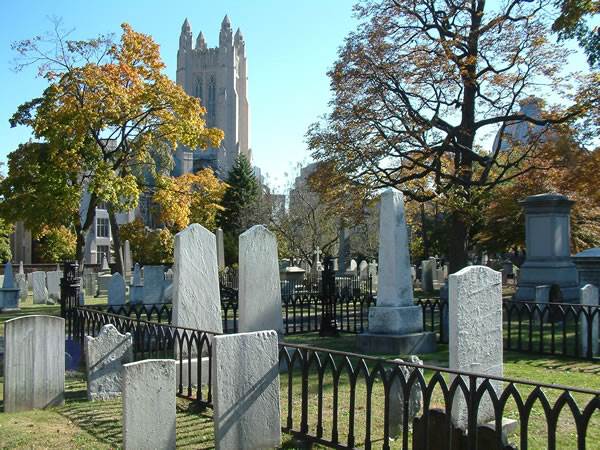 In a cruel irony, market forces are threatening the survival of business schools, the very crucibles of learning that have been feeding the industry and the corporate world with the best business minds for decades. This downslide is reflected in announcements, every now and then, of business schools shutting down their flagship, full-time MBA programs.

It’s unequivocal: enrollments are dwindling across the board.

Jay Stowsky, Senior Assistant Dean for Instruction at University of California, Berkeley’s Haas School of Business, found himself smack in the middle of a crossroads when the Executive MBA program, run jointly by Haas and Columbia Business School, shut down in 2012.

“This is the first of many changes for professional education. Professional schools have to respond to market forces, and local, national and international conditions. You can’t start a program and have it run for 200 years, like universities have done in the past,” he had said.

Many more business schools have since ended their two-year MBA programs. Wake Forest University’s School of Business in North Carolina is among this lot.

Hurt by the competition from two other business schools located nearby, both of them ranked higher, Wake Forest swallowed the bitter pill in late 2014, even though the business school was ranked in the Top 50.

Among a host of others who are following suit are Simmons College in Boston and Thunderbird School of Global Management in Arizona.

What Ails The Full-Time MBA?

The most obvious reason for declining enrollments is the economic downturn of 2008. Post the crisis, which hit the US hardest, potential students have been hesitant to give up their jobs and go back to school, even for a degree that could turbo-charge their careers.

Although the economy is in much better shape now, post-MBA salaries are still far lower than what they used to be.

The Education Advisory Board, a research and consulting firm for universities across the US and Europe, cites the following figures. In 2003, alumni from 82 per cent of schools in the Financial Times‘ Global MBA rankings reported an at least 120 per cent salary increase within five years of graduation. But this year (January 2015), only 7 per cent reported the same income boost.

Uncertain economic factors have made students choosy. Garth Saloner, former Dean of Stanford University, sums it up aptly when he says, “Students say that if they can get into a top school, they will go. If not, they won’t.”

Another trend drawing young and ambitious men and women away from a full-time MBA program is the tendency towards customisation, convenience and specialisation.

When Wake Forest killed its flagship MBA program, then Dean, Charles Iacovou, cited the following as reasons for declining interest in the degree: proliferation of one-year, specialised Master’s degrees and increasing demand for more flexible programs, hybrid and part-time programs, programs for working professionals and, of course, online programs.

“The change is coming from the students themselves. They are choosing to receive an MBA differently than they had. Many don’t want to walk away from income or choose more specialised degrees,” he had remarked. The B School decided to divert its resources to strengthening its undergraduate business majors, Executive MBA program and Master of Science program in Accountancy.

Dean of Dartmouth University’s Tuck School of Business, Matthew Slaughter, says the B School plans to mix up the traditional MBA model and make the degree much more flexible for students. “We imagine a future where we might have a broader way that students access the Tuck MBA degree,” he says, hinting at the B School expanding non-MBA programs, including the Master of Health Care Delivery Science and enrolling more women. Harvard Business School’s online business education delivery platform, HBX, is one such popular, new-age option launched in 2014.

Online MBAs gaining traction and eating into the market share

Speaking of digital platforms, online MBA programs are becoming increasingly popular. Once shunned as cheap imitations, they have gained so much traction that, for the first time ever, the coveted U.S. News & World Report’s rankings sported a ‘Best Online MBA Programs’ category in January 2015.

In fact, each of the Top 50 Business Schools offer online MBAs, posing a stiff challenge to latter-day entrants to the digital classroom.

These developments beg the question – is this the beginning of the end of the full-time MBA as we know it?

Experts say the classic education model is beginning to crumble, where conventional degrees, even elite ones, do not hold the sanctity that they used to. This applies to students as well as corporate firms. As Iacovou points out, “Some industries are becoming much more creative in tapping talent outside the traditional MBA channel.”

Some experts also say that the average age of most full-time MBA programs is decreasing to 25 or 24, and these students care very much about rankings and will try hard to get accepted only by the top schools. Since the business school tag is more important than the ‘MBA’ itself, these hopefuls even apply more than once as long as they get in. Therefore, lower-ranked business schools are finding fewer takers.

With the MBA market seemingly on shifting sands, institutions that are not on top of their game are finding themselves edged out.

Then, amid a howl of protest, it sold its Arizona campus to a for-profit education company in 2013.

The reasons for its decline? Chronic deterioration due to increased competition from rivals, lacklustre fundraising, insufficient resources devoted to securing placements and jobs for students, and extraordinarily inflated compensation for its faculty.

Things were so bad that a year before the B School sold out, 76 per cent of Thunderbird’s class of 2012 were without jobs at commencement.

In a slightly different space, Simmons College in Boston announced in August 2015 that it was closing down the only full-time MBA program for women in the US.

What are its plans? The B-School will be diverting its resources to online MBA programs.

Where does all this leave the students?

The changing scenario is causing concern among prospective MBA candidates, who are afraid of being left high and dry midway during their courses. Not to mention the alumni base of thousands who may struggle to convince their employers that their alma mater closed down the degree for operational reasons rather than quality.

Applicants are therefore advised to thoroughly research the programs they are targeting, online as well as in the real world.

Most candidates talk to as many people as possible as part of the shortlisting process. Add to that, questions about the business schools’ vision and financial health.

Look past the rankings and promotional hype mounted by these programs. If possible, find out whether faculty is disgruntled and have been quitting, usually a bad sign for any business school.

Also scour the institution’s past for scandals and / or controversies that could tarnish the credibility of the program. And, of course, test for the B-School’s financial health, whether it has received any large endowments in the recent past, and whether the school faces any operational challenges.

The truth is, like everything else, the MBA program is a-changing and the degree could indeed be losing some of its lustre.

As Nitin Nohria, Dean of Harvard Business School, said in an interview to The Wall Street Journal, “The demand for shorter, one-year MBAs is rising and demand for two-year programs has declined 20 per cent since 2000. The ‘golden era of business education’ ended in the year 2000.”

6 thoughts on “When MBA programs die and fade away”