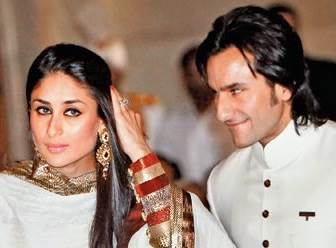 We published an article earlier focusing on the dilemma of an MBA after marriage. In it we talked about what might happen if a husband OR a wife decide to take a sabbatical. Towards the end we promised an even more interesting story of an Indian couple who put in (independent) MBA applications together.

When both, husband AND wife, decide to pursue an MBA together, the challenges increase multifold. All the pieces need to fall into place perfectly – the timing (getting an admit in the same year), the location (being in the same MBA college or at least the same city), the MBA costs (trying to get some financial aid / scholarships).

What makes Ali and Asha’s story (name’s changed) more interesting is the context. Like a typical Bollywood pot-boiler, though there was a passionate love story and an inter-religion angle, but there were no foreign locales. So we worked towards fixing it in the script towards the end.

Disclosure: If you are looking at the pic, scratching your head and saying ‘waaaaw’ with a nasal twang, we’ll clarify that Saif and Kareena have not worked with us for MBA applications…yet (optimism never hurts). The pic is used for representative purposes. But we think our good-looking couple, Ali and Asha, can give the stars a run for their money.

It was a dark cold night but the main protagonist was sweating. Why? Well, for two good reasons. He was about to marry his long time girlfriend the next day and their (protagonist and protagonist’s girlfriend) MBA admission decision was going to be out on the same day.

In all, six years of efforts were at stake. Like any Hindi movie it was all well in the end. We got married peacefully (as we were from two different state and religions, you can understand the nervousness) and aced the admission by securing admission in same college with very good MBA scholarship (many say this is a very rare feat).

Well this might be among the few stories where you got to know the climax first now please allow us to go into flashback mode and share our MBA story with all MBA aspirant community, specially couples (married or otherwise) who are thinking of pursuing an MBA together.

After three years of enjoying the joyride and being settled in a relationship, the first thing we asked ourselves was – what do we want to do with our careers? Over time, our hangout places had changed from bars and cafes to office meeting rooms with intense discussions. After spending 6+ years in IT/Software we decided to go for GMAT and MBA application process.

In India at this age, one is married, has a kid and a home loan :). But we both wanted to move in more challenging roles within the IT space. We wanted to have the knowledge, freedom and skills to switch roles and industries. So, an MBA was a must and an obvious choice.

With no prior knowledge, we prepared for around 6 months for the GMAT exam. We spent around 65% of the time on the GMAT verbal section, 25% on GMAT mock tests and 5% on GMAT maths.

In April 2012, we both appeared for the GMAT and secured 680 and 660. With strictly average GMAT scores, we didn’t have any hope of getting anything good as Indian IT applicant are amongst the most ‘badnaam’ (notorious) category. Moreover, we didn’t have even a bit of knowledge of post GMAT procedure (college profile, strengths, weaknesses, average GMAT scores, average age etc). This further complicated the situation.

Well, while researching on the internet for potential MBA consultants we stumbled on MBA Crystal Ball MBA MAP. We dropped a mail to Sameer Kamat and that set the ball rolling. Right from analyzing our profile & identifying suitable colleges in sync with our profiles to explaining the ROI factor and guidance in developing engaging essay stories MCB was of great help.

When it comes to essays, the best thing about MCB is that they always insist on being original and make sure to get best out of you. Also, they are very professional in terms of timeline. Working with MG on the essays helped me a lot in timely application submissions.

Finally, after much hard work and right guidance. we made into 3 colleges together which included Georgetown and Schulich and a couple of colleges (different college for each of us) as well. After all the storytelling, here is some piece of advice for aspiring MBA applications:

1) Understand your profile thoroughly and choose the college accordingly. There is no point in being “FILMY”. Be realistic unless you have some exceptional achievement

2) Eat and digest your CV. Highlight every unique aspect that you can. Practice a lot in front of mirror. Try to market yourself to an Admission Committee officer. BE GOOD AT SELLING YOURSELF.

3) If you have low GMAT score, work hard on MBA essays. It’s more fruitful to develop engaging stories rather than wasting 2-3 months in improving GMAT by 20 or 40 points. If you have a GMAT score above 700, don’t even think of improving it further. The internet is filled with stories of people who got 750+ GMAT scores but failed in their applications.

4) THE MOST IMPORTANT ADVICE – Start very early the application and apply most of colleges in first round. In general, it significantly improves admission chances (even with low GMAT score) and in Indian context. ROI matters! It matters a lot to us to get good scholarship, which you get in first round. We started a bit late and and regret the same.

I am Ali. Asha is my wife. And we are both set to take off for our MBA soon.

6 thoughts on “MBA application for married couple from India”