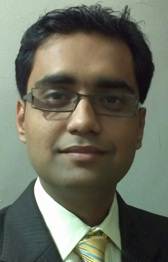 MBA re-applicants have a tough ride compared to those who are applying for the first time.

After going through the tedious MBA admissions process once and facing rejection, it requires a stronger determination and an unwavering focus on the ultimate goal to shake off the memory of what happened earlier and get back into the ‘game’.

Ajay Karajgikar came to us after having worked with another admissions consultant and facing rejection. That always complicates things.

But he has an interesting story to narrate that ends (we’ll break the suspense) with offers from the Fisher College of Business and W.P. Carey (Arizona State University – ASU).

Both schools are strong in Supply Chain Management (SCM).

During the process, Ajay also claims to have met an alien though we haven’t been able to find any traces of suspected UFO activity.

It was a wonderful evening, Friday evening, when I was driving back home making plans for the weekend as everyone in any industry would do. And my phone rang!!! Don’t worry, we aren’t really talking about a horror flick – The Ring.

January 2011: It was my friend who called up and said “I got through OSU Fisher College of Business with significant scholarship”. I congratulated him naturally. Okay, let me be honest with you; I didn’t know anything about GMAT and MBA in the USA then. He was so ecstatic that I actually asked him whether it was really great news. Well, he hung up on me the next moment. This was in January 2011 when I was also exploring my career options.

March 2011: I was doing pretty well in my professional career making some really good bucks. Yet, I wanted to expand my limits beyond the current profile. Needless to say, MBA became my target sooner than expected.

With my friend’s guidance (well, he wasn’t really upset with me. At least, I like to think so), I bought and borrowed some decent books from the market and read through indexes in exactly 2 days. But the work at office picked up and I found yet another reason for shying away from books.

June 2011: Having spent 3 years in the technology field with vague future prospects in the current profile, I again became serious about studies and shook the dust off GMAT books. With some good preparation, I got a decent scored on the GMAT on 22/07/2011.

In the mean time, I also enrolled for a local test prep company. My friends and even my guide asked me to reappear as the score was just about the average for the good schools. Nobody encouraged me to go ahead and try my luck. I had other plans on mind though.

October 2011: I managed to convince myself that I indeed have a decent score. It will neither help nor hurt me. Reasoning – Strong undergraduate scores, decent extracurricular and valuable work experience. With some guidance by my earlier ‘admission consultant’, I managed to get an interview call from Mays Business School, TAMU.

January 2012: I could not convert the interview call into admit as I did not have the right skill set to tackle the situation. Here I was with nothing concrete in hand. In addition, I also had lost some fortune making opportunities at office.

I almost spent an entire year gaining absolutely nothing. This was the time I analyzed the events that happened over the last 12 months hoping to figure out what really went wrong. It was frustrating!

February 2012: I was so restless that I started repenting on my decisions. After scourging multiple websites I finally stumbled upon Sameer, the curator. I offered to enroll for his services immediately to which he politely denied and said, “You would only be spending money with us at this stage without any fruitful results. Come to us next year!”

Yes, I finally met someone who also works for money but with more honesty and I was relieved 🙂

April 2012: I enrolled myself for the MBA MAP service which is worth every penny. It taught me how to select the business schools if anything. I was eventually on the right track of MBA admissions process. An hour discussion with Sameer helped me shortlist 3 schools of my choice – W.P. Carey ASU (Arizona State University), Fisher College of Business and Wisconsin School of Business.

July 2012: I met an alien known MG. Generally, we consider an alien an ugly looking and shabby character. But guys, this time, it is a true star; the master of most of the MBA school essays; down to earth personality. Why I called him an alien is just because it is very rare to find such people. I had never met an admission consultant who actually did admission consulting – crisp, clear, rapid and accurate.

August 2012: I decided to apply to all three schools in the first round. Please note, MG does not write your essays. He just believes in tearing them apart with a scissor known as ‘review comments’. After the 1st review, you would feel that it is getting worse and is not my cup of tea. But it is. I have seen my essay quality increasing drastically by the time I finished preparing the applications.

November 2012: As a result, I got interview invites from all three schools I applied to. I truly believe this would not have been possible without an alien effort. It’s time to work on the interview skills. I enrolled myself for MCB’s interview preparation package. An hour long discussion with MG helped me identify the areas I needed to improve. I think I did not make drastic improvements. Yet, I knew what they were. It helps sometimes.

December 2012: Results are out. My pursuit of an MBA has finally come to an end after almost 2 years. I take this opportunity to thank MG and Sameer for their excellent guidance during the application season. I would recommend them without any reservations to anyone.

Guys, I think I should stop here and let you speak. If you have any specific questions, please don’t hesitate to ask. I shall do the best I can. Until then.

While we go back to the restroom to adjust and powder our alien antennae, shoot your queries for Ajay, if you are keen on knowing more about his W.P. Carey admit, relevance of GMAT scores, MBA scholarship, graduate assistantships, MBA cost, placements or anything else. Here’s the link to the W.P. Carey MBA ASU forum