Why study in Australia 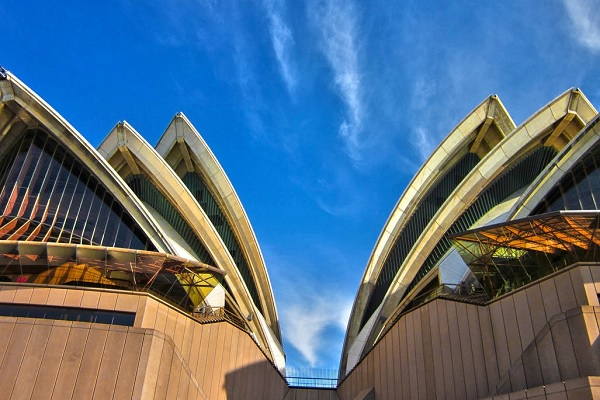 When it comes to international education, Australia has ranked among the top three student destinations, next to the US and the UK.

Though the US had been the hotspot for students, due to various visa and immigration related policies in the recent years, it seems to be losing its sheen.

On the other hand, programs in Australia and Canada are becoming more popular and are seeing a continuous increase in the number of international enrollments.

Why study in Australia

What makes Australia a top choice for students?

The multicultural society, student-friendly work related rules, education system of high standards in addition to the best quality of life are some top reasons that work in favour of Australia.

Here are the reasons to study in Australia:

In this article, we’ll cover more insights on studying and living in Australia as an international student.

According to the official Australian Government website for international students, Australia has seven of the top 100 universities in the world.

There are 1100 institutions offering around 22,000 courses that you can choose from. Australia has 43 universities, out of which 40 are Australian universities, two are international universities, and one is a private specialty university.

According to the Australian Government Department of Education and Training, 2018 saw 693,750 international students on a student visa in Australia which was 10.1% more than 2017. This growth rate has been consistent with an average of 10.8% yearly for the previous five years as well.

The biggest number of enrolments were in the higher education sector with the highest numbers from China (38.3% enrolments) and India (18.1% enrolments)

Now, let’s compare this with the current scenario in the US.

Forbes reported that enrolments for graduate and undergraduate courses increased between 2012 to 2016 from 633,000 to 840,160. However, 2017 showed a decline (4%) with 808,640 international enrolments, mainly due to lesser number of Indian students taking up computer science and engineering.

Australia offers a rich cultural diversity and a mix of population in terms of country of origin, ethnicity, languages spoken (300 languages) and religions followed.

According to the Australian Bureau of Statistics, as on 30 June 2016, 28.5% of the estimated resident population (which makes it at least one out of every four person) was born overseas (6.9 million persons).

In fact, almost 1 out of 2 persons (46%) have an overseas-born parent. Around one-fifth (20%) of the population speak other languages (not English) at home.

The topmost countries of birth for those residing in Australia would be England, New Zealand followed by China, India in that order.

4. Work and earn while you study

In Australia, you can work while you study which can be a huge relief, as it can help offset some of the cost of studying and living in an international location.

For students pursuing their postgraduate research, a maximum of 40 hours per fortnight of work is allowed during the preliminary courses stage whereas there’s no limit on the number of work hours for those who’ve started their doctoral or masters by research degree.

The good news is that even dependents of undergraduate students can work for up to 40 hours a fortnight while dependents of PhD and master by research students do not have any restriction on the number of work hours once the course has commenced.

It’s easier to stay back in Australia and work after completing your studies. On the other hand, the US has been tightening the regulations, which is increasing the uncertainty for international students to work, after completing their studies.

One way to work in Australia after completing your studies would be to apply for the Temporary Graduate visa (subclass 485) that permits you to work from 18 months up to four years depending upon what you study.

Those completing a bachelor’s degree are eligible to apply for a two year work visa. The period gets extended to three years for a masters by research degree and four years for a PhD graduate.

You can also explore how you’d be able to meet the eligibility to apply for a permanent residency (PR) in Australia.

6. Employment and salary in Australia

Studying in Australia: Statistics and Facts

A lot of colleges and universities in Australia have two intakes – one in February and the other in July, some have three trimester intakes a year. There are colleges that offer multiple intakes as well. You need to check the college website for details and plan your application process in advance accordingly.

Students need to apply for the Student visa (subclass 500) inorder to study in Australia.

Students need to have Overseas Student Health Cover (OSHC) as a part of visa requirement. The policy cost may be borne by the student or the education provider.

Cost of study in Australia

According to the Australian Government official site, following is the range of the course costs (in Australian dollars) per year.

This would exclude the more expensive courses like medical and veterinary.

The Department of Home Affairs has the following financial requirement that students need to meet inorder to get a student visa. You ought to have a budget of $20,290 (Australian dollars) for yourself, $7,100 for your spouse and $3,040 for a child.

And on a similar note, here’re some thoughts on Why study in New Zealand.